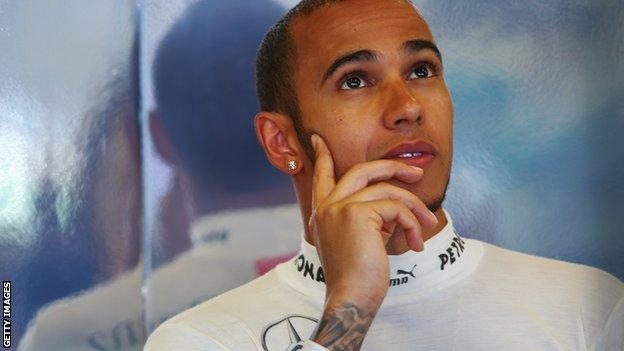 McLaren are struggling this season because they failed to adequately replace Lewis Hamilton, according to the team's former driver John Watson.

Hamilton quit McLaren for Mercedes, with Sergio Perez, who has just two seasons of F1 experience, moving from Sauber to team up with Jenson Button.

Watson told BBC Sport: "Red Bull have two drivers of a high level of experience, as do Ferrari and Mercedes.

"McLaren look like they've got one and a half drivers."

Perez, 23, produced flashes of brilliance in his second season of Formula 1 with Sauber last year, almost taking victory in Malaysia before finishing second and picking up further podiums in Canada and Italy.

However, he has finished 11th and ninth in his first two races with McLaren as the team battle to get to grips with their 2013 challenger.

And while his former world champion team-mate Button, 33, is struggling too, with just one points-finish from two races, Watson believes McLaren are losing out because of the Mexican's inexperience.

Watson, who raced for McLaren between 1979 and 1983, said: "Signing Perez to replace Hamilton did raise a few eyebrows in the paddock. While I think most would say he's got a single fast lap in him, his race performances are less of a known quantity.

"He had some great races last year but I'm not yet clear as to what level of information or value he brings the team.

"Give Perez a really good car and he might shine but to me the ultimate driver is one who can drag performance out of an underperforming car. The jury is still out as to whether Perez has the potential to do that.

"The big teams are benefitting from having two drivers with lots of experience and race victories under their belt and I think McLaren, at least in the short term, are losing out."

Watson added that he believed his former team have the quality to bounce back.

He said: "I think they have the infrastructure and people there to correct the problem - but first they've got to find where the problem actually lies and I don't know if they even know."