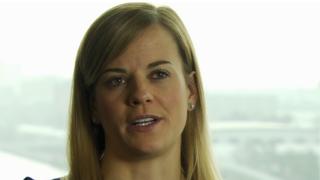 Williams development driver Susie Wolff believes it is still "a long road" before Formula 1 has an established female driver, despite recently testing a F1 race car.

The last woman to enter a F1 grand prix was Italian Giovanna Amati, but she failed to qualify for three races at the start of the 1992 season.

Scottish racer Wolff, who joined Williams after spending seven seasons racing in German touring cars, says it was "a dream come true" to test-drive a race car, and hopes the "fantastic path" she is on will one day lead to a Formula 1 race seat.