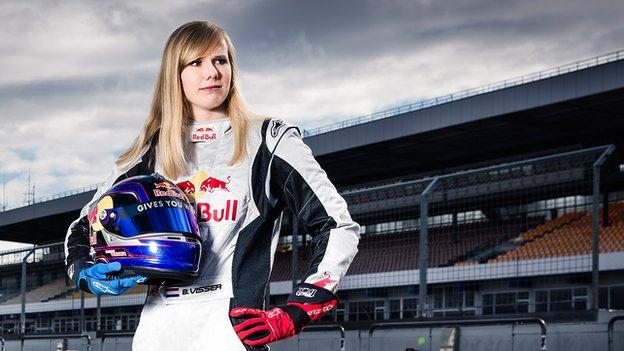 The Dutchwoman, 18, won two races in her first year with the Lotus/Motopark team in the ADAC Formel Masters series.

Visser joins the likes of Susie Wolff, Williams' development driver, in the pursuit of a Formula 1 race seat.

Just five women have previously started a Formula 1 race. Italian Lella Lombardi, who scored half a point from 12 starts, was the last woman to compete in a race back in 1976.

The last woman to enter an F1 grand prix was Italian Giovanna Amati, but she failed to qualify for three races at the start of the 1992 season.

Daniel Ricciardo and Jean-Eric Vergne, who race for Toro Rosso, are two drivers who graduated to F1 through Red Bull's junior programme.