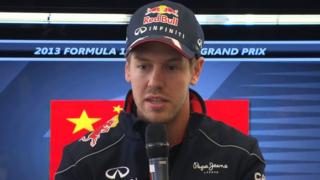 Vettel 'not in charge' of Red Bull

Red Bull's Sebastian Vettel denies that he is making the decisions for the team, saying team principal Christian Horner is "in control of all the employees".

The three-time world champion ignored orders to hold position and passed Webber to win the Malaysian Grand Prix last month - apologising for it later but insisting he "does not apologise for winning".

Vettel says he has "never had support" from Webber and would "probably" ignore team orders again if he was instructed not to challenge team-mate Mark Webber.