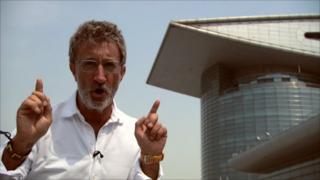 The history of F1 team orders

BBC Sport's Eddie Jordan takes a look at the history of team orders in Formula 1 in the wake of the fallout from the Malaysian Grand Prix.

The former Jordan Grand Prix boss chats to Red Bull Racing's Christian Horner about whether Sebastian Vettel's actions in Malaysia undermined his authority as team principal, with Horner admitting the incident was "not what you want to see".

Jordan himself ordered Ralf Schumacher not to overtake Damon Hill in the 1998 Belgian Grand Prix, with Hill going on to claim the team's first victory in a one-two finish.