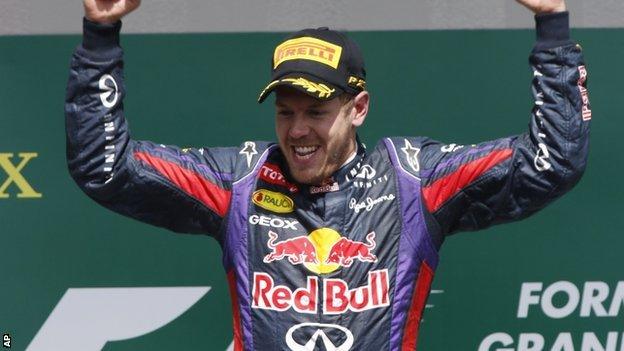 In March 2011, he agreed a new three-year deal up to and including 2014, with the latest extension adding one more year.

So far this season, he has won three races - in Malaysia, Bahrain and last weekend in Canada - and leads the Formula 1 Drivers' Championship by 36 points from nearest rival Fernando Alonso.

Last week Vettel said he might quit the sport in five years' time but made it clear he was not talking with any specific timetable in mind.

"Perhaps I will no longer be driving in five years' time because I no longer have the urge to," he told German newspaper Welt Am Sonntag.

Earlier this year he was linked with a move to Ferrari but the Italian team's Ferrari president Luca Di Montezemolo said in February Vettel would not be joining them so long as Alonso was there.