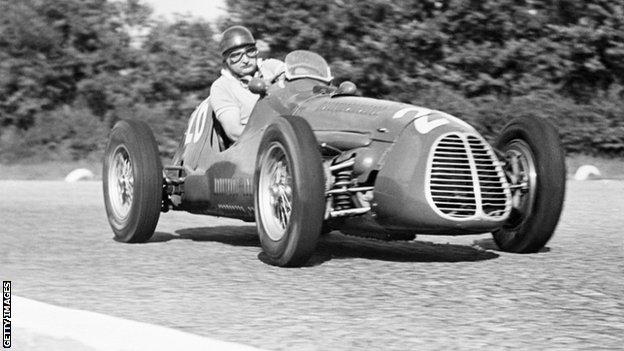 Tributes have been paid to racing driver Jose Froilan Gonzalez, the Argentine who delivered Ferrari's first Formula 1 win, who has died aged 90.

The 'Pampas Bull' won the 1951 British Grand Prix at Silverstone for Ferrari.

Gonzalez died on Saturday in a Buenos Aires hospital.

Scuderia president Luca di Montezemolo said: "As a driver and a man he played an integral part in our history. His death means we have lost a true friend."

His Formula 1 career spanned a decade and 26 grands prix.

He won one more race - also at Silverstone, in 1954 - finished second on seven occasions and was third six times in an era when driver fatalities were commonplace.

Di Montezemolo added: "The news of the death of Gonzalez saddened me greatly.

"We had spoken not that long ago, talking about cars and racing, the topics he was most enthusiastic about.

"Over all these years, he was always very attached to Ferrari."