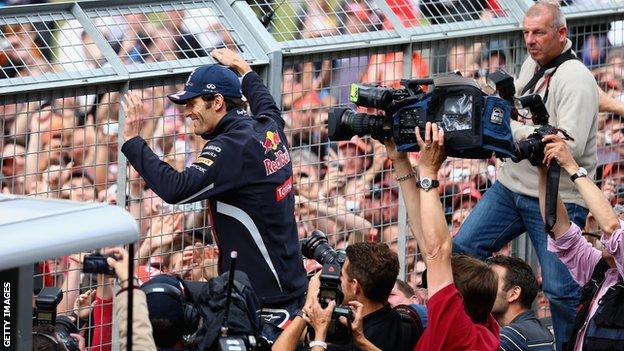 Silverstone will sell tickets on the gate for this weekend's British Grand Prix for the first time in nine years.

The Formula 1 venue is normally sold out at this stage, but managing director Richard Phillips is still predicting a good attendance.

"It's true that not all tickets have yet been sold, but Silverstone will nevertheless be playing host this weekend to the third biggest crowd in British Grand Prix history, with about 300,000 expected over the three days and pushing 130,000 on Sunday.

"Those numbers are testament to the British fans, whose enthusiasm and commitment was demonstrated all too clearly last year when, despite the warnings after heavy rain led to waterlogged car parks and horrendous traffic jams, 90,000 still turned up to watch qualifying."

"Ticket sales were slower than usual during the initial sales period, but we have seen a significant upturn since F1 returned to Europe," said Phillips.

Sales have increased in the run-up to Sunday's race and Phillips is still expecting a large attendance.

"While we don't expect to reach the record attendance levels of 2011 and 2012, we are anticipating another big crowd here at Silverstone this weekend," added Phillips.

"A promising forecast for the weekend, has prompted us to put measures in place to sell tickets to fans deciding to turn up on the day.

"This weekend's attendance looks set to be one of our biggest in recent years."

A spokeswoman added that they expect about 5% of tickets to be available on the gate on the Sunday.