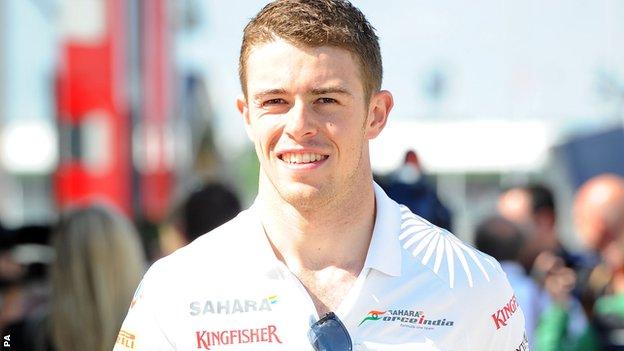 Paul Di Resta was satisfied with the two points he won at the British Grand Prix after fighting his way from near the back of the grid to finish ninth.

The 27-year-old started from 21st after he was disqualified from qualifying when his Force India was underweight.

A weekend of highs and lows, but it's definitely good to have another double points finish for the team

But the Scot picked his way through the field and was the second Briton home behind Lewis Hamilton, who was fourth.

"I think we can feel happy with two points. It's good to continue our points run," Di Resta said.

"Towards the end of the race I had fresh tyres, and was closing in on Daniel Ricciardo, but I ran out of laps and he was just out of reach," said the Scot.

"So a weekend of highs and lows, but it's definitely good to have another double points finish for the team."