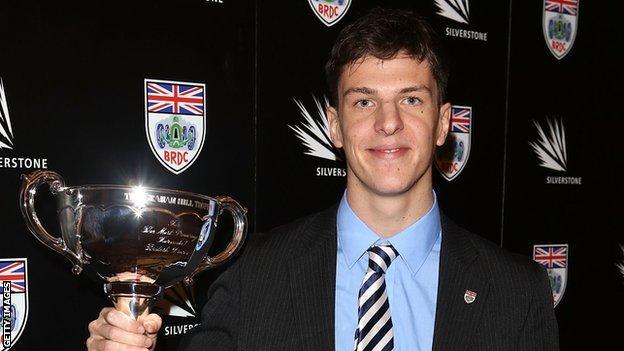 The 24-year-old was given the role after impressing the team in the 'young driver' test at Silverstone in July.

His opening duties will be in first practice at this weekend's Italian Grand Prix and he will fulfil the same role at this season's remaining races.

Force India team boss Vijay Mallya said: "This is a great opportunity for him to gain valuable experience of driving during F1 race events."

Calado follows in the footsteps of Force India's Scottish race driver Paul Di Resta, their third driver during 2010 before being promoted to the race team the following season.

Force India followed a similar pattern with German Nico Hulkenberg in 2011 and 2012, and this year their former reserve driver Jules Bianchi narrowly missed out on a race drive, later finding a berth at Marussia.

Calado is one of the most highly rated drivers bidding for a promotion to Formula 1, finishing runner-up in the British Formula Three Championship in 2010 and the GP3 series in 2011.

He was fifth in GP2 last year, following two wins, and is in the same position this season with six races remaining.