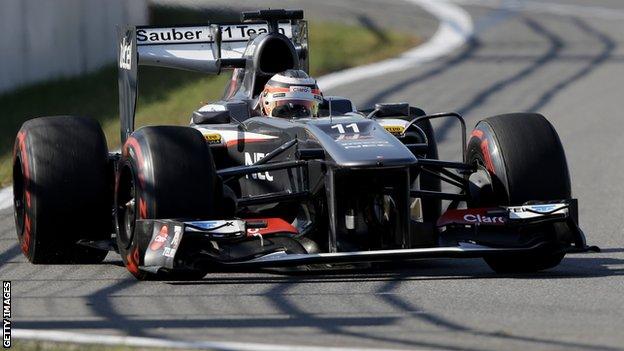 Lotus are the only team yet to confirm its 2014 engine partner, although they are expected to stick with Renault.

The move from the current 2.4-litre V8 naturally aspirated engines is to keep the sport aligned with developments in road cars, where smaller capacity engines with greater fuel efficiency are becoming the norm.

Sauber's "multi-year" deal includes the entire powertrain of energy recovery system (Ers) and gearbox. They will be the third team to use Ferrari engines, alongside the works outfit and Marussia.

Mercedes engines will be used by the German company's factory team as well as McLaren, Force India and Williams.

McLaren will switch to Honda engines in 2015 in a deal that means no other team can work with the Japanese company until 2016.