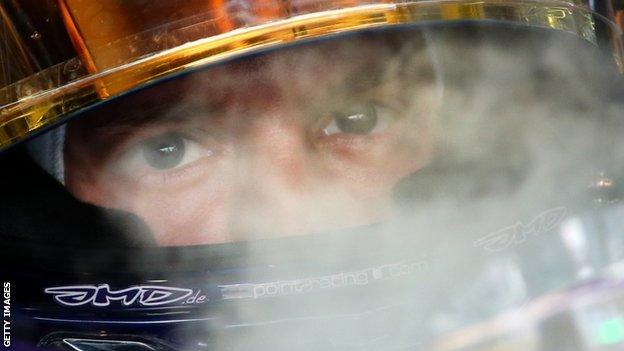 Ferrari's Fernando Alonso, battling to hang on to second in the championship, was 11th, 1.167secs off the pace.

Ferrari are fighting a lack of traction, a problem from which they have suffered for the last two seasons and which is badly exposed by the 90-degree corners and hairpins that abound at Yas Marina.

Alonso was beaten by the Ferrari-engined Saubers of Nico Hulkenberg and Esteban Gutierrez in seventh and eighth places, as well as Lotus's Kimi Raikkonen and Toro Rosso's Jean-Eric Vergne.

The Spaniard is 24 points ahead of Raikkonen in the championship, with Hamilton a further 14 adrift with three races to go and 75 points still available.

Alonso admitted on Friday that "we have to be honest and know it will be a tough weekend".

Raikkonen has reverted this weekend to the standard-wheelbase version of the Lotus in the hope of improving his faltering form of recent races but was 0.555secs behind team-mate Grosjean, who has stuck with the newer long-wheelbase car which first competed in Korea three races ago.

BBC F1 technical analyst Gary Anderson said pole position was "going to be a big battle between Red Bull and Mercedes, but for sure Red Bull have the upper hand".

Vettel appears to be in a league of his own once again. Webber was up on time compared to his team-mate after the first two sectors of his fastest lap, but Vettel's skills in the twisty final sector around the marina ensured he ended the session 0.222secs clear.

A number of drivers ran wide on the expansive track but there was only one accident, when Marussia's Jules Bianchi spun in Turn Three and crashed into the wall.