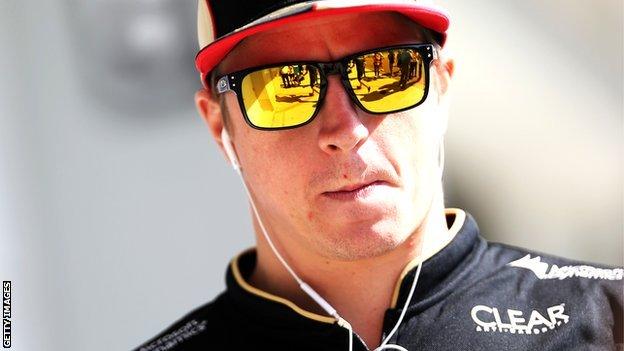 Kimi Raikkonen has had an operation on a back injury that led to him missing the last two races of the F1 season.

The Finn, who has been in a financial dispute with his Lotus team, dropped out of races in the US and Brazil to have a long-standing problem addressed.

Lotus said he had surgery at Strasbourg University Hospital in France on Thursday.

The team, who Raikkonen is leaving to join Ferrari, said the surgeon had said the operation was "totally successful".

Lotus added: "Kimi will now rest for a few days and he will start his recovery process as early as next week."

The operation means Raikkonen will not be able to defend third place in the championship from Mercedes' Lewis Hamilton, who is eight points behind with 50 points still available.

Lotus have signed fellow Finn Heikki Kovalainen to replace Raikkonen for the final two races of the season as they try to catch Mercedes and Ferrari in the battle for second place in the constructors' championship.