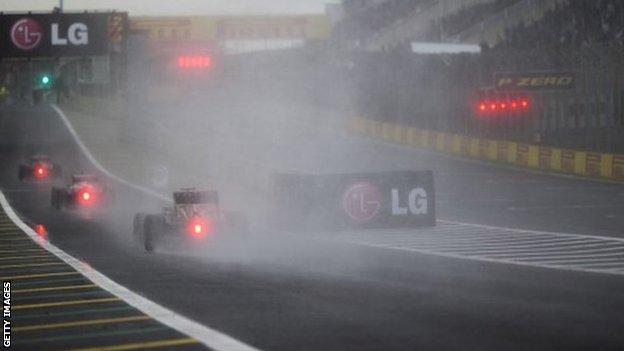 Gene Haas, a key figure in Nascar racing, has expressed an interest in creating a new Formula 1 team.

The co-owner of the Stewart-Haas Racing team has responded to a recent call for potential new teams to come forward.

He is working on the project with Guenther Steiner, previously technical director at Red Bull and Jaguar.

"We have responded to the FIA's call for expression of interest regarding a Formula 1 entry on behalf of Haas Racing Development", a statement read.

"We respect the FIA's evaluation process and will share more details in the coming weeks."

In early December, the FIA - motorsport's world governing body - said it was looking for new teams to compete from as early as next season.

The FIA has requested all potential new teams complete a full application by 10 February and will make a decision on candidates by 28 February.

However, it is likely the interest being shown from Haas, a United States national, will result in participation from the start of either the 2015 or 2016 season.

New teams were last admitted to Formula 1 in 2010, when Hispania, Virgin Racing and Lotus Racing joined the grid.

At the time of that expansion, American-led US F1 bid to launch a new team, only for their plans to fail.

The last US-owned F1 team was Team Haas, who competed in the World Championship in 1985 and 1986.

It was co-owned by Teddy Mayer and Carl Haas, who is not related to Gene Haas.