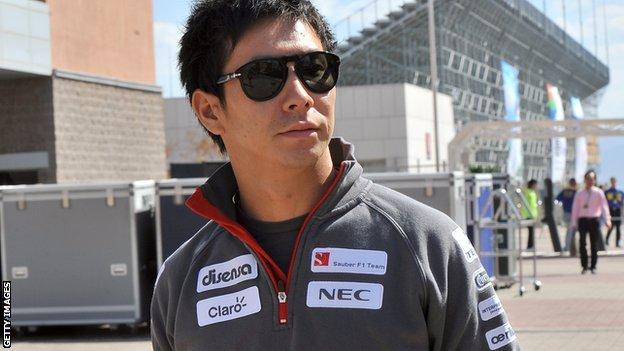 Caterham have signed Kamui Kobayashi and Marcus Ericsson as the team's race drivers for the 2014 Formula 1 season.

Japanese driver Kobayashi returns to the grid having been forced to sit out 2013 after losing his Sauber drive, while Swede Ericsson steps up from GP2.

Kobayashi said: "I'm very happy to be back in F1. This opportunity is very important. Hopefully we can enjoy a good season."

The Leafield-based team announcement completes the line-up for this season.

The 2014 season begins on 14 March in Melbourne, Australia.

"This is a very proud day for me and everyone who has helped make my F1 dream come true," said Ericsson.

"I'm already excited about the season ahead, and the first race in Australia in particular."

Kobayashi made his F1 debut in 2009 driving for Toyota before joining Sauber in 2010, but he was not retained for 2013 by the Swiss-based team.

"He is a very popular driver and it's very good for the whole team we've been able to attract such an exciting driver to join us at a critical point in our development.

"His pace speaks for itself, and his extensive experience of developing cars, particularly in his years with Toyota, will be incredibly important for us as we tackle one of the most challenging seasons F1 has ever embarked upon."