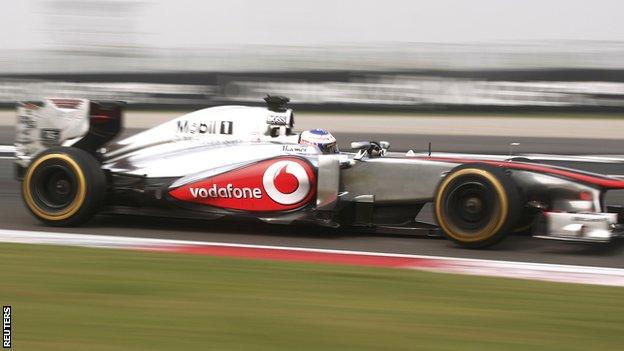 McLaren have chosen Belgian Stoffel Vandoorne as their official reserve driver in 2014.

The role means that if either of the team's race drivers, Jenson Button and Kevin Magnussen, cannot take part in a race Vandoorne would stand in for them.

The 21-year-old's promotion follows that of Magnussen to the race seat.

McLaren sporting director Sam Michael said: "Stoffel is a truly excellent young driver - fast, combative, consistent, intelligent and ambitious - and he's already made an excellent impression on all at McLaren during the year he's spent as a member of the McLaren Young Driver Programme.

"His technical input is first-class, he's excellent in our simulator, and he isn't afraid of hard work."

McLaren are considering him as a potential race driver in 2015.

Button's contract runs out at the end of this season, and McLaren have not decided whether to renew it.

However, Whitmarsh's position is in doubt following the appointment of former team boss Ron Dennis as chief executive officer, charged with turning around McLaren's performance after a dire 2013 season.

Alonso has made it clear he blames Dennis for his problems with the team in 2007, after which he left one year into a three-year contract, and is considered unlikely to rejoin McLaren if Dennis is at the helm.

The 32-year-old Spaniard is also under contract to Ferrari until the end of 2016.