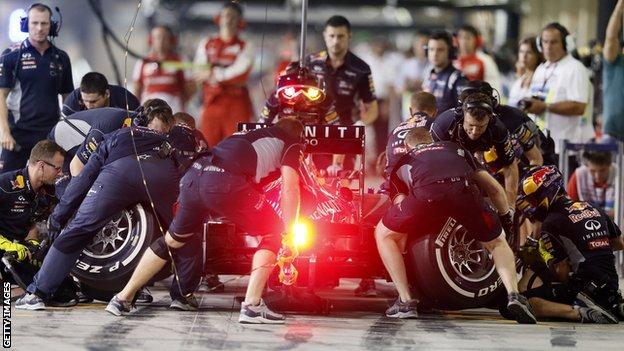 New rules will be introduced into Formula 1 in a bid to make racing fairer for taller and heavier drivers.

With teams struggling to keep the weight down on their cars as a result of heavier turbo engines, larger drivers may be at a disadvantage.

Weight is a key performance issue in F1, with 10kg equating to about 0.3secs per lap.

Attempts to adopt the rule for 2014 were blocked last year by some teams.

Meanwhile, the FIA, which governs F1, has once again said it intends to impose measures that limit the amount teams can spend from 2015.

The cost-capping move, agreed by the FIA, F1 commercial boss Bernie Ecclestone and the teams, is designed to "assure a healthy, affordable and spectacular" championship for the "long-term future".

The FIA will also outlaw tyre warmers from 2015.

Previous attempts to ban them foundered due to safety concerns, with drivers worried about racing on cold tyres.