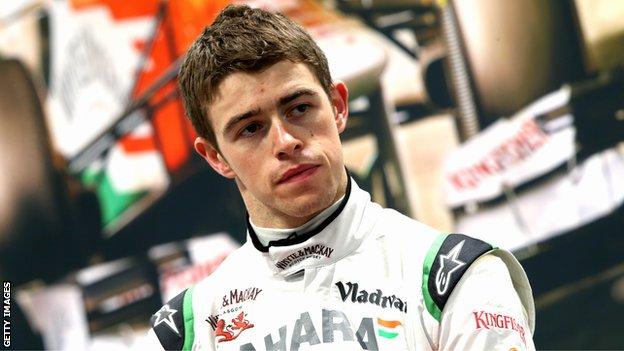 Di Resta sacked Lewis Hamilton's father in 2012 after a sponsorship dispute. In response, Hamilton sued the Force India driver for breach of contract.

The Briton, 27, has since left Formula 1 and rejoined Mercedes in the German Touring Car Championship.

"I wish Paul the very best for the future," Hamilton said.

The spat between driver and manager became public when Hamilton took Di Resta to court for breach of contract and loss of earnings.

The case has now been resolved but Grenada-born Hamilton, who also managed his son Lewis, expressed regret over the bitter end to the relationship.

"I am very sorry Paul and I fell out to the extent we did and I am pleased to put this matter to bed," Hamilton said.

"Paul is a very talented driver, and it is a real shame he does not have the F1 seat in 2014 that he deserves."

The Scot won the DTM championship for Mercedes in 2010 and will partner Englishman Gary Paffett - the winner in 2005 - this season.

"This has been a difficult year and I am just pleased to put it behind me and to concentrate on my racing," said Di Resta.