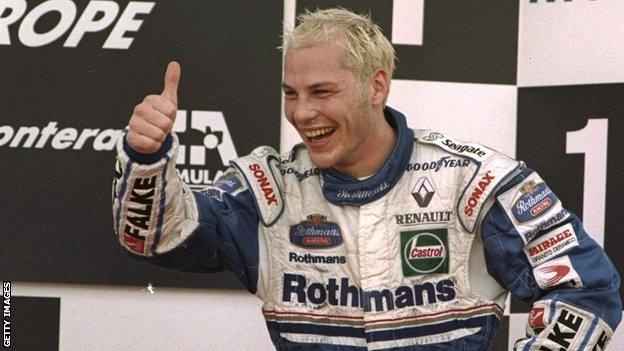 Formula 1 has become "artificial" and is in danger of losing the respect of its fans, according to former world champion Jacques Villeneuve.

The 1997 champion criticised the DRS system and the recent decision to award double points in the final race.

He accused those running the sport of creating "a fake show" and also claimed drivers "lack personality" and should speak out against the changes.

Villeneuve, one of only three drivers to have won the Formula 1 world title, the Indycar Championship and the Indy 500, believes the changes made to F1 since he left the sport in 2006 have not improved it.

A major change for the 2014 season is the decision to award double points at the final race in an attempt to ensure the fights for the world championship lasts as long as possible.

There has even been talk of extending double points to the last three races of the season.

As for DRS - the drag reduction system introduced in 2011 to increase overtaking and make F1 more exciting for spectators - former Williams, BAR and Renault driver Villeneuve was just as critical.

"Once you start going down that route you cannot stop, you have to make more and more of it," he said.

He added: "What's the next thing that will come? It becomes more and more artificial and, instead of having a positive effect, you end up making it where people don't respect it any more."

Villeneuve, who has announced he will drive for Scottish team Albatec Racing in World Rallycross next season, also believes too many of the current drivers are "highly uninteresting".

"It's a habit now to not have a personality in Formula 1," he told BBC Radio 5 live Sport.

"You can imagine a driver that gets a lot of sponsor money being told 'don't say that please' and he will toe the line. So they are not fast, paid to race and highly uninteresting on top of it. It is tough for F1 right now."