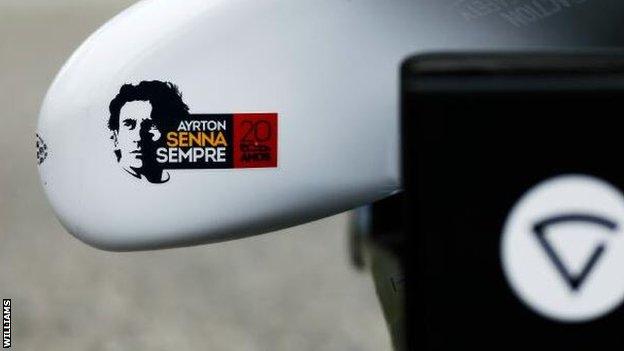 A picture of Ayrton Senna will feature on the side of Williams cars for the 2014 season as Formula 1 marks the 20th anniversary of his death.

The Brazilian, who won three world titles with McLaren, died aged 34 after crashing his Williams at Imola.

His image, on the left of the nose cone, will include the words "Ayrton Senna Sempre", Portuguese for "always".

"This new logo is our way of celebrating his achievements," said team principal Frank Williams.

Senna, who won the drivers' championship in 1988, 1990 and 1991, remains the last racing driver killed during a grand prix weekend.

Williams have had the Senna Foundation's double S logo on their cars as a mark of respect ever since, but the new design will feature in 2014.