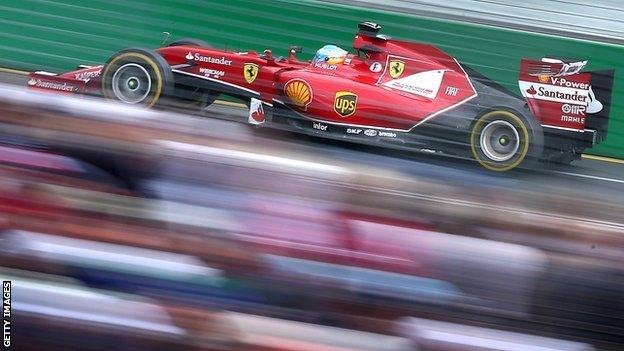 Ferrari's lack of competitiveness in the season-opening Australian Grand Prix was "not acceptable", according to technical director James Allison.

Allison said he was pleased with Ferrari's reliability, but admitted the team had their "work cut out to improve our car in order to compete on equal terms with the Mercedes team".

Ferrari said they were working "round the clock" to improve performance.

Allison said: "There is plenty about the F14T that is working very well. The starts and the pace in the corners - especially the high speed ones - are particular strong points.

"But we need to work further on the stability under braking and the speed on the straights."

Raikkonen struggled with the car's behaviour on corner entry in Melbourne, but said Ferrari needed to find "a little bit everywhere" on the car and engine.

Allison said the introduction of new regulations this season meant there was more potential for improvement.

"All the recent seasons in F1 have been characterised by a fierce development battle from March until November," he said.

"We intend to fight our way back up the grid with the improvements that we will bring to the car."

Alonso has finished second to Red Bull's Sebastian Vettel in three of the last four seasons and hoped the new rules would give Ferrari a chance to return to the top.

But they have found Red Bull's dominance replaced by what appears to be a similar position for Mercedes.