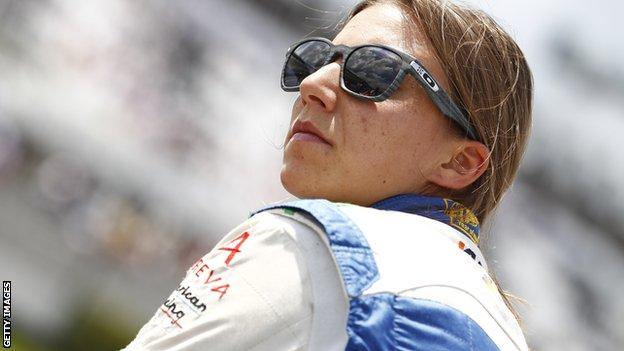 The 25-year-old Swiss, one of two women drivers employed by F1 teams, completed 180 laps of Ferrari's Fiorano test track in a 2012 car.

De Silvestro, a former Indycar driver, said: "I already feel confident in the car, which is very positive. I'm quite happy with what I was able to achieve."

Writing on Twitter, she added she was "in love" with driving a Formula One car and had "two really great and successful days".

The weekend sessions were designed as an acclimatisation test for De Silvestro, who will drive again at Valencia on 25-27 June.