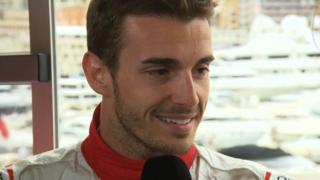 The Frenchman had originally finished eighth despite being hit with a grid penalty for a gearbox change, but even after a five-second penalty during the race itself demoted him to ninth, it still guaranteed the Anglo-Russian team their first-ever points.

Bianchi says Marussia, who joined F1 in 2010, will "expect to be more competitive" during the upcoming Canadian Grand Prix, but warned "we have to keep our feet on the ground".