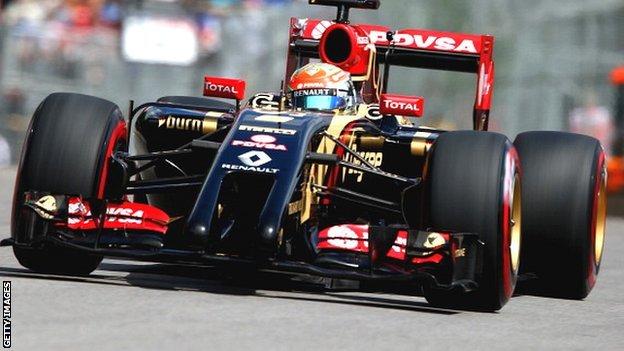 Lotus are poised to switch to Mercedes engines next season.

The team is in the final stages of agreeing a deal to switch to the German manufacturer from Renault.

Mercedes have the dominant engine this season, with a significant performance advantage over the rival units from Renault and Ferrari.

Renault has undergone a management reshuffle after its disappointing performance and from next season will focus much more on works team Red Bull.

McLaren's switch to Honda engines from next season has freed up a supply, and Lotus has walked away from the three-year contract with Renault the team signed at the start of the season in the hope of better performance.

All three engine manufacturers will be able to modify a specific number of parts amounting to a total of 48% of their engines before the 2015 season.

Ferrari and Renault are hoping this will enable them to close the gap to Mercedes.