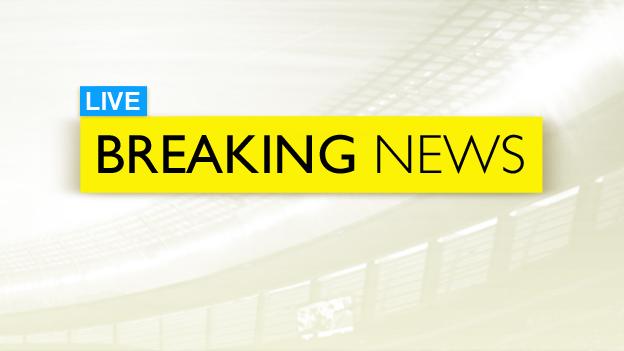 Mercedes have taken disciplinary action against Nico Rosberg following his collision with team-mate Lewis Hamilton in the Belgian Grand Prix.

Championship leader Rosberg accepted responsibility for the collision, the team said in a statement.

The team met both drivers on Friday to discuss the incident and have agreed to let them continue racing free for the world title.

They have been warned another similar incident "will not be tolerated".

The two drivers collided on lap two of Sunday's race as Rosberg attempted to overtake Hamilton at the Les Combes chicane.

Rosberg recovered to finish second behind Red Bull's Daniel Ricciardo, moving into a 29-point championship lead over Hamilton with a maximum of 200 still available over the remaining seven races.

The incident was the culmination of ever-building tension between the two over the preceding 11 races.

It was a consequence of Rosberg wanting to prove a point to Hamilton that he would not be intimidated in wheel-to-wheel racing, after being forced to back out of passing moves in previous battles in the Bahrain and Hungarian Grands Prix.

But in the meeting on Friday Mercedes head of motorsport Toto Wolff and executive director (technical) Paddy Lowe made it clear such actions were unacceptable and laid down strict guidelines for future racing between the two.

The statement said: "During the meeting, Nico acknowledged his responsibility for the contact that occurred on lap two of the Belgian Grand Prix and apologised for this error of judgement.

"Suitable disciplinary measures have been taken for the incident.

"Mercedes-Benz remains committed to hard, fair racing because this is the right way to win world championships. It is good for the team, for the fans and for Formula 1.

"Lewis and Nico understand and accept the team's number one rule: there must be no contact between the team's cars on track.

"They remain free to race for the 2014 FIA Formula 1 world championship.

Both drivers are expected to make personal statements later on Friday.