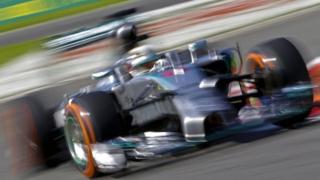 Lewis Hamilton takes pole position ahead of Mercedes team-mate Nico Rosberg at the Italian Grand Prix to take his first pole since May.

Hamilton, seeking to close Rosberg's 29-point championship lead, had not qualified at the front of the grid since the Spanish Grand Prix in May.

Williams duo Valtteri Bottas and Felipe Massa start third and fourth, with the McLarens of Kevin Magnussen and Jenson Button fifth and sixth.