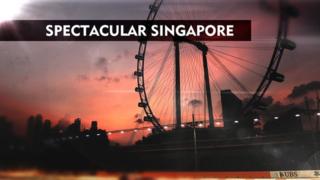 The inside track on the Singapore GP

The second-slowest circuit on the calendar after Monaco has captivated drivers and fans alike thanks to its spectacular setting and party atmosphere.

Sebastian Vettel is the most successful driver in the six-year history of the race, having won the last three at the Marina Bay circuit.