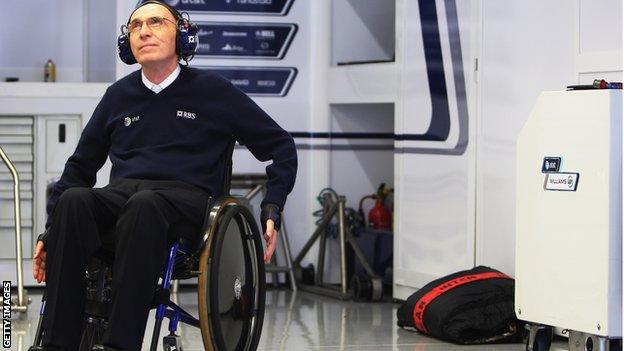 Williams team principal Sir Frank Williams is in hospital for treatment on a pressure sore on his back.

The 72-year-old, a quadriplegic since a road accident in 1986, is receiving what is described as routine treatment and is said to be responding well.

Daughter Claire Williams, the deputy team principal, is missing this weekend's US Grand Prix in Texas to be with her father.

But she will attend next weekend's race in Brazil as planned.

Sir Frank has competed in F1 as a team owner since 1969, and has run his current outfit - one of the most successful in the sport's history - since 1977.

They are third in the 2014 championship with three races remaining, including this weekend's grand prix in Austin.