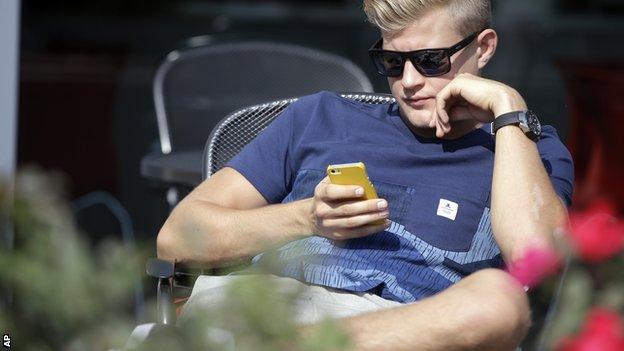 Sauber have signed Swede Marcus Ericsson to race for the team in 2015.

Ericsson, 24, made his Formula 1 debut in 2014 with Caterham, who went into administration last month.

Their decision means one of their current drivers, Adrian Sutil and Esteban Gutierrez, is likely to lose his place in the sport next season.

Sauber have been struggling financially this season and Ericsson comes with substantial backing from his native country.

Ericsson said: "Fresh from a very turbulent week, I was suddenly given my best early Christmas present ever.

"Sauber has put its trust in me for 2015 and it makes me proud as Sauber is known as one of the best teams in developing young drivers. It will be a great challenge."

Along with Sutil, who says he has a contract for 2015, and Gutierrez, reserve driver Giedo Van Der Garde said at the US Grand Prix on Friday that his target was a race seat at Sauber next year and that it was "looking good".