Marussia could still race in the Abu Dhabi Grand Prix on 23 November as a rescue package is being discussed that would enable the team to take part. (Yahoo Finance)

Talks have broken down between F1 teams over the lifting of an engine freeze, which would have allowed a mid-season upgrade.(Autosport)

There could be some showers for the Brazilian Grand Prix on Sunday but all looks serene on the morning of the race judging by this picture tweeted by Ferrari driver Fernando Alonso.

The best strategy for the Brazilian Grand Prix if it is dry is theoretically a three-stopper but teams may opt for a two-stopper to avoid getting caught up in traffic. (Pirelli) 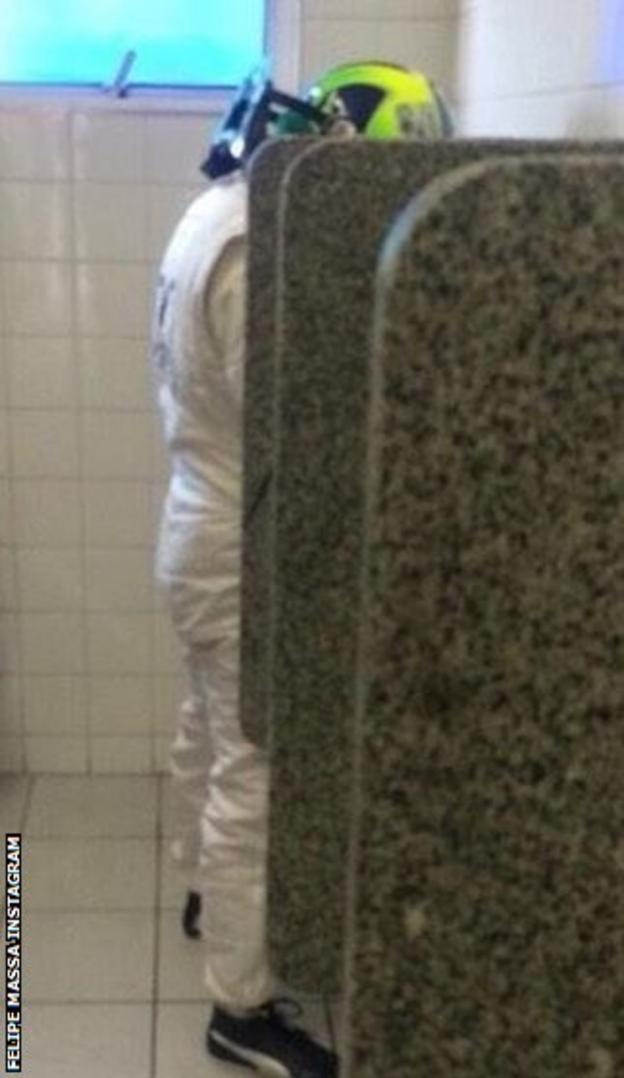 Toro Rosso's Jean-Eric Vergne says the whole of the team are "pretty keen on me staying" for the 2015 season. (Sky Sports)

Fernando Alonso says he is not concerned by Friday's engine failure during FP2. The Spaniard's session ground to an abrupt halt with flames coming from the back of his Ferrari power unit. (ESPNF1)

Lewis Hamilton says he is taking inspiration from his hero Ayrton Senna before this weekend's Brazilian Grand Prix, as he moves closer to his second world championship crown. (The Guardian)

Audi has dismissed speculation it will field a Formula 1 entry in 2016 despite recruiting former Ferrari team principal Stefano Domenicali to an unspecified role. (Wheels24)

McLaren officials want Fernando Alonso to make a decision before the last race of the Formula 1 season on his possible future with the team. (The Age)

McLaren's Kevin Magnussen is looking forward to getting out on the Interlagos circuit in Sao Paulo after tweeting this picture.

Sergio Perez expects to finalise his Formula 1 plans for 2015 in the next week, as he hopes to secure a new deal with Force India. (Autosport)

Lotus is set to announce Frenchman Romain Grosjean, 28, is staying with the team in 2015. (Motorsport.com)

Jenson Button's 15-year Formula 1 career will end at the final race of the season in Abu Dhabi on 23 November, with Fernando Alonso expected to replace him at McLaren. (Daily Mail)

However, McLaren has warned Alonso he is running out of time to commit to the team for the 2015 season. (Motorsport.com)

Caterham's administrator expects the team to compete in the final race of season while fellow debt-ridden outfit Marussia are working on a rescue package. (Daily Telegraph)

A revised version of Formula 1's new virtual safety car system will be tested at the Brazilian Grand Prix, following a first trial during the United States GP weekend. (Autosport)

A number of changes have been made at Interlagos for this weekend's race, most notably the resurfacing of the entire track, including the pitlane. (Pittpass.com)

Lewis Hamilton says he declared "war" on Mercedes team-mate Nico Rosberg after the German forced him out of the Belgian Grand Prix in their infamous collision. (Guardian)

Rosberg admits his chances of overtaking Championship leader Hamilton, who has a 24-point advantage, are "getting more difficult". (Daily Express)

Force India boss Vijay Mallya says the team will "absolutely" line up with their current drivers in 2015. Nico Hulkenberg committed his future last month, but Sergio Perez is yet to agree a new deal. (F1today)

Audi is not planning to enter Formula 1 for the 2016 season, according to the head of the German company, Wolfgang Ullrich. (Autosport)

Mercedes Formula 1 boss Toto Wolff is back on his bike after injuring himself in a cycling accident - his wife Susie, the Williams development driver, has revealed in this Twitter picture.

Championship leader Lewis Hamilton wants to sort out the terms of his new Mercedes contract himself, without the help of any advisors. (Sun - subscription required)

Briton Hamilton has also been speaking about his desire to pursue humanitarian involvement when his F1 career ends. (Daily Telegraph)

However, the 29-year-old, who is in a relationship with American singer Nicole Scherzinger, could turn to a career in music after retiring from the sport. (Daily Mail)

CVC Capital Partners, the majority shareholders in Formula 1, look ready to pay out an extra £100m to help the struggling smaller teams in the sport. (Guardian)

Mercedes is ready to accept a compromise on relaxing the rule restricting in-season engine development, but only as a one-off for 2015.(Autosport)

Fernando Alonso tweeted about some of the wildlife he encountered on his morning run, including one of a snake, below.

McLaren racer Jenson Button says he was confused by his team delaying his pit stop during the United States Grand Prix in order to bring in team-mate Kevin Magnussen. (ESPN)

Force India, Sauber and Lotus only confirmed they would be taking part in the United States Grand Prix 90 minutes before the race started. (Guardian)

Struggling Ferrari driver Kimi Raikkonen says he hates the situation as the Italian team struggle to solve their problems with their car. (Autosport)

Max Verstappen, who became the youngest driver in Formula 1 history when he took part in practice at the Japanese Grand Prix and will race for Toro Rosso next season, was given the silent treatment for seven days by his father and ex-F1 racer Jos during his days in karting. (Daily Telegraph)

Celebrities Keanu Reeves, Pamela Anderson and Matt Le Blanc were in attendance at the United States Grand Prix and Lotus driver Romain Grosjean retweeted a picture of him presenting the latter with a helmet.