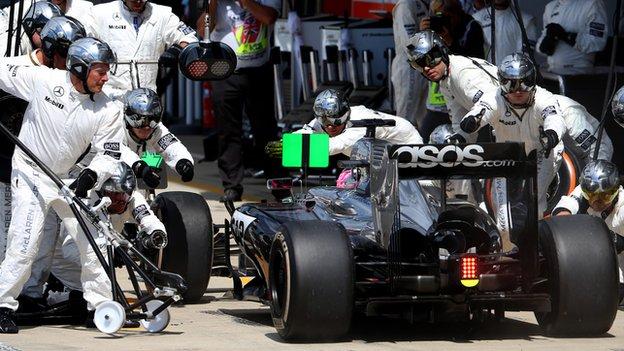 McLaren's head of aerodynamics Doug McKiernan has been put on 'gardening leave' ahead of leaving the team.

His departure is one of several in a restructuring programme as McLaren seek to regain competitiveness for their new engine partnership with Honda from 2015.

Part of that push is their imminent signing of Ferrari's Fernando Alonso.

Prodromou has been appointed McLaren's chief engineer and the first fruits of his joining the team earlier this year will be seen in a major upgrade to this year's car for the season-ending Abu Dhabi Grand Prix in two weeks' time.

A McLaren spokesman said: "We are working extremely hard to get McLaren back to where it belongs - at the very front of the grid.

"To achieve that we have carefully reviewed everything we do and have recruited some very talented individuals.

"Now, to ensure that we do not have duplication of roles, and that we have the right people doing the right jobs, we have begun discussions with a small number of people who unfortunately do not have a role in the new structure.

"We are determined to give as much support as possible to anyone affected."