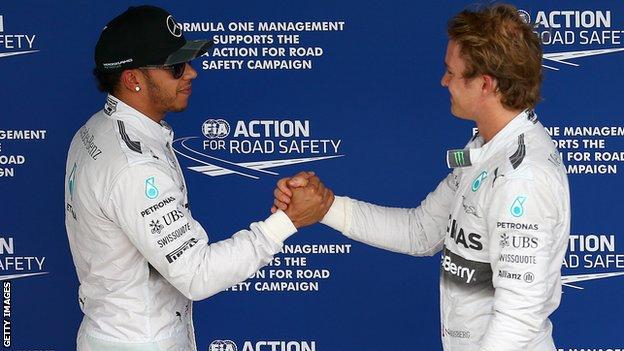 In any other Formula 1 season, sixth in the Abu Dhabi Grand Prix on 23 November would be enough for Hamilton to clinch his second world title, even if Rosberg won the race.

But with double points available in the last race this season, the situation is more precarious for the British driver: