Fernando Alonso's move from Ferrari to McLaren for 2015 is set to be confirmed shortly, but it is not clear whether McLaren want to retain Button or Dane Kevin Magnussen in their other car.

Webber responded to a tweet by Button about his uncertain future on Wednesday by encouraging him to quit Formula 1.

"Be mega to have you with/against us next year," Webber tweeted.

In October, BBC Sport's chief F1 writer Andrew Benson said Button was considering a switch to the World Endurance Championship should he fail to land a competitive Formula 1 seat for next season.

Webber, who left Formula 1 at the end of the 2013 season to join Porsche's sportscar programme, added on Twitter: "@JensonButton matey just sign that sportscar contract and get on with it." 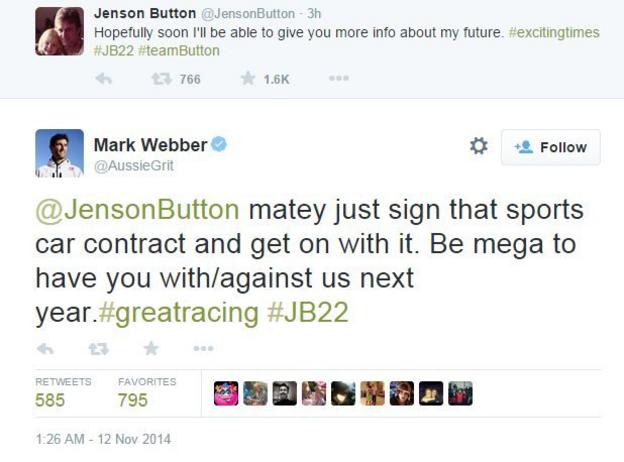