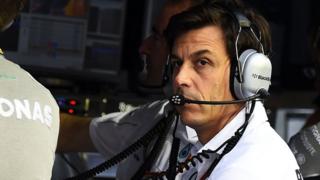 'Mercedes rivalry will be challenging'

Mercedes Executive Director Toto Wolff thinks that the rivalry between his drivers Lewis Hamilton and Nico Rosberg will be "challenging" again this season.

Hamilton eventually won the 2014 Championship after a series of racing incidents with his team-mate Rosberg.

Mercedes are topping the timesheets in the winter testing so far and are looking strong once again heading into the 2015 season, which begins in Australia on 13-15 March.