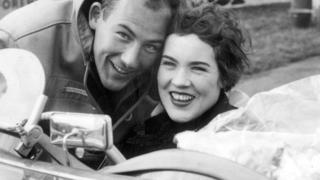 The tribute includes classic moments from Moss's career and speaks to her brother Stirling plus co-driver Ann Wisdom, who won the gruelling Liege-Rome-Liege with Moss in 1960.