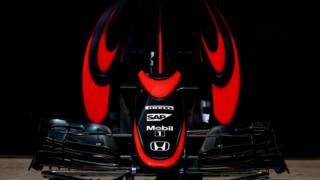 A closer look at the new McLaren

McLaren have suffered badly at the start of this season with reliability and engine performance, with Jenson Button not even making the grid at the last race in Bahrain.

However, McLaren are hoping that upgraded, lighter bodywork, a revised front wing and power-unit upgrades will see Fernando Alonso and Jenson Button higher up the order than they have been in previous races.