Rosberg, who was 0.188 seconds faster than his Mercedes partner, has converted none of the previous three into a victory, beaten every time by Hamilton.

The Englishman was crowned world champion for the third time after beating Rosberg in the US GP last weekend.

The Russian's team-mate Daniel Ricciardo was fifth, ahead of the Williams of Valtteri Bottas and Felipe Massa, Max Verstappen's Toro Rosso and Mexican Force India driver Sergio Perez, whose every move was cheered by the packed grandstands around the Autodromo Hermanos Rodriguez. 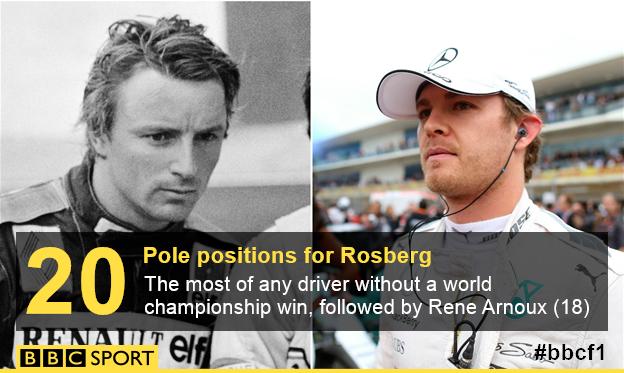 Although the championship was decided in Austin, Texas, last Sunday, both Mercedes drivers arrived in Mexico City determined to win for their own reasons.

Hamilton wanted to underline his superiority this season, in which he won 10 of the 16 races, and Rosberg to show he was not a beaten man and that his team-mate still faced a fight both this season and next.

Hamilton appeared to have the edge when he was third fastest in the first session, less than 0.4secs slower than Rosberg despite using only the slower 'medium' tyres, and then set the pace in the second.

But on their first runs in the decisive top 10 shoot-out Rosberg was the man with the edge.

And as so often in this private Mercedes battle, the first runs were the decisive ones - neither improved on their second runs in the dying seconds of the session.

Hamilton has now not scored a pole position since the Italian Grand Prix back in early September.

But he may well not be overly concerned. He has beaten Rosberg in the last three races, despite being out-qualified in each.

Rosberg suffered car problems in Russia when leading, but was well beaten in both Japan and the US as Hamilton put the seal on the title and secured his lifetime's ambition.

Mercedes in total control after all

The practice sessions had suggested that Mercedes may face more of a challenge in Mexico, where the high altitude of 2,285 metres (7,500 feet) means the cars' aerodynamics work less effectively and the engines are under more stress than at circuits with a lower elevation because of the thinner air.

Mercedes' lead over their rivals in the practice sessions had been much less than at recent races, but in the end they had a comfortable advantage.

Rosberg was nearly 0.4secs quicker than Vettel and the Red Bulls were nearly a second behind.

Rosberg said: "I felt good all weekend, have been quick in all sessions and found a good balance. I felt good and was able to get a good lap in."

Hamilton said: "This weekend Nico has been quick and I have been chipping away at it. There have been some areas where the car could be better and also my driving.

"There is quite a big difference between our set-ups this weekend. Perhaps the way we went was not the best for qualifying but it should be good for the race."

Meanwhile, it was another difficult day for McLaren, where Jenson Button did not even take part in qualifying because of recurring engine problems.

It did not make any difference because the 2009 world champion was due to start from the back anyway because of a series of penalties for using too many engine parts.

Team-mate Fernando Alonso, who also has engine penalties - although fewer than Button - could manage only 16th place and will also drop to the back, starting 19th ahead of his team-mate.

Vettel's Ferrari team-mate Kimi Raikkonen qualified 15th following a problem with his brakes and has been hit by a five-place grid penalty for changing his gearbox. 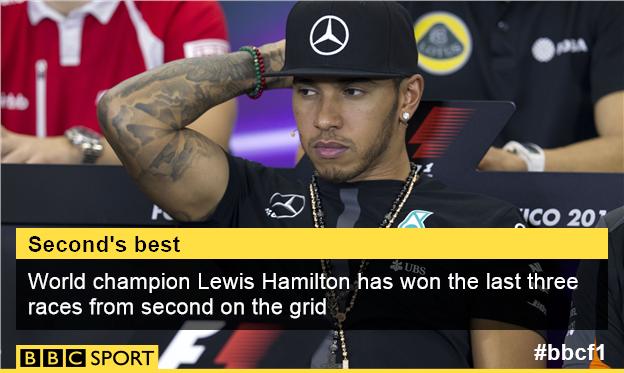