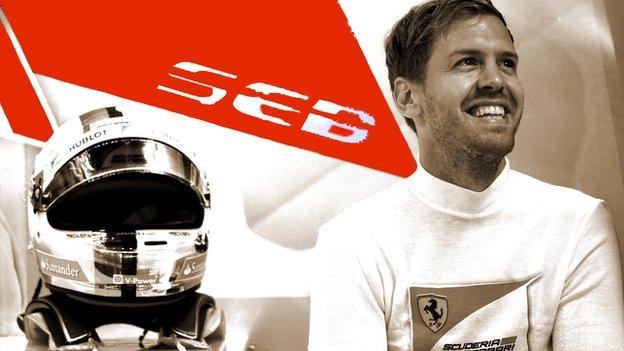 Sebastian Vettel has always been funny - a German with a very English sense of humour. This year, he has used it to great effect.

The Vettel of 2014, confused and self-doubting as a result of Daniel Ricciardo's blistering pace, is long gone.

Relaxed and comfortable in his new environment at Ferrari, Vettel has been the closest thing to a challenger Mercedes drivers Lewis Hamilton and Nico Rosberg have had all year. And he has taken every opportunity to have some fun at their expense.

In Australia, after the Mercedes drivers finished one-two, half a minute clear of Vettel, Rosberg said: "I hope we are going to have a fight with them."

"Do you really hope so?" Vettel said. "Seriously?"

It was the start of a series of amusing off-the-cuff comments, none funnier than in Mexico, a week after Rosberg had expressed his displeasure about what he saw as Hamilton's over-aggressive driving in Austin, when the Mercedes drivers were asked about the prospects of further first-corner trouble.

Vettel leaned across to Hamilton: "If you have a go, can you make sure you take both of you out so I can go through? Yes? No?" A glance at the compere. "I tried."

What made these moments all the more fun was that the Mercedes drivers, Rosberg in particular, generally had a sense of humour failure about them.