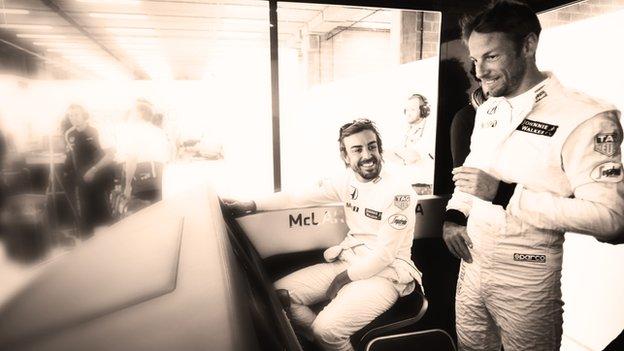 Who knows how much it really hurt, deep inside? The admirable self-control shown by Fernando Alonso and Jenson Button in the face of the Honda engine's lamentable lack of performance meant we couldn't tell.

They talked about their belief in the project, accepted there was a lot of work to do, but insisted Honda would get there - and sooner rather than later.

Just occasionally, though, the frustration got too much and it slipped out.

Both drivers had their moments. But it was Alonso's that gave most away. Firstly, in Canada, instructed to save fuel while he was battling with Saubers for lower-midfield positions.

"I don't want. I don't want," Alonso said. "Already I have big problems now. Driving with this and looking like amateurs. So I'd like to race and then I concentrate on the fuel."

He bottled it up for another four months. And then, in Japan, helpless against drivers with a fraction of his talent, he said the situation was "very embarrassing" and likened the Honda to a "GP2 engine".

He was sending a message, on a weekend when it emerged that his faith in the McLaren-Honda project was wavering.

By Brazil, the two men had been reduced to joking around.

When Alonso's engine failed for the second time in 24 hours, on his first qualifying lap, he sat in a fold-up chair and watched the action. He winked at the camera, pretended to sunbathe.

And then, when he and Button were making their way to the TV interviews, Alonso realised they were passing the podium and saw the opportunity for more fun. They stood on it, where they belong, and waved at the crowd. Who lapped it up. Like the millions watching on TV.

Alonso says we should have "no doubt" he has three years at McLaren and will end his career with the team.

But he has a burning rage to win and few believe he could cope with another year like this.

If it gets to pre-season testing and the Honda is still this bad, all bets are off.