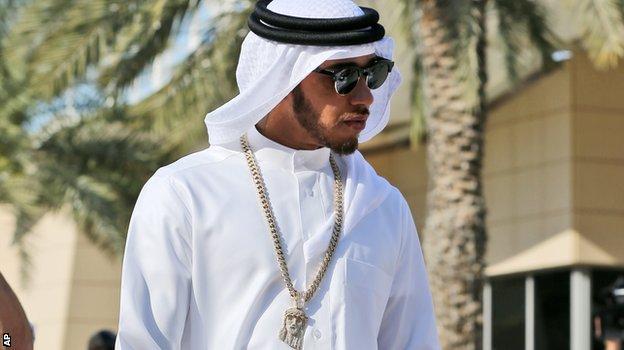 So when he arrived for the Bahrain Grand Prix in a traditional local dress, it was perhaps no surprise that he managed to pull it off.

But he's not the first. Oh no - Lewis follows a rich tradition. Formula 1 and style statements go together just fabulously, as we can demonstrate in this stunning parade of racers.

Oversized and unconventional in 1998

Ivan and his waistcoat in 1992

The sportsman who epitomised the 1970s