The Russian president ensured a reputed $50m a year is paid to make it happen, building on the 2014 Winter Olympics as part of a branding exercise for the Black Sea resort of Sochi.

And, if the past two years have set a precedent, Vladimir Putin will turn up on Sunday and sit with F1 boss Bernie Ecclestone proudly overseeing his creation.

The aim? To make the host city the highest-profile and most glamorous resort in the region.

It's not, though, likely to go down in history as a great grand prix circuit.

The track may wind around the Olympic stadiums, but it is largely featureless - flat, some long straights, some largely right-angled corners, a technical challenge to the drivers but not much more.

One blessing of its ultra-low abrasion surface, though, was a race last year in which drivers could push their tyres hard throughout.

That led to an incident-packed event more obviously on the edge than many others these days. And if that carries on into 2016, and what is intended to be the last year of Pirelli's heat-sensitive, high-degradation tyres, it cannot be a bad thing.

What Putin's been up to in Sochi

Sochi from the sky 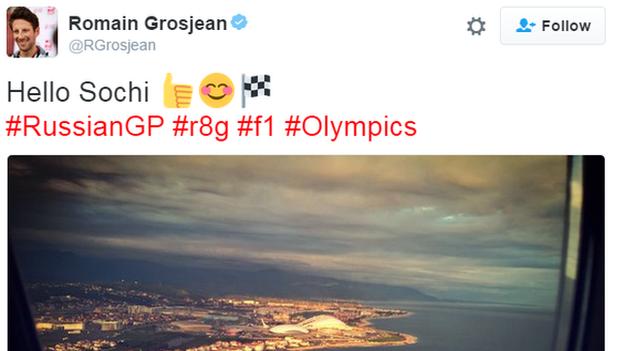 Never want to miss the latest formula 1 news? You can now add F1 and all the other sports and teams you follow to your personalised My Sport home.