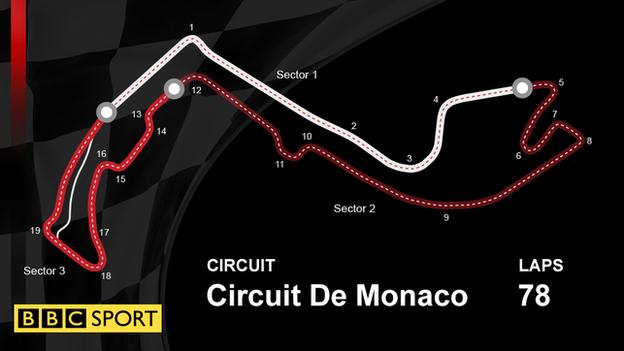 These days, it's only really a race in the loosest sense of the word, but as a Formula 1 event the Monaco Grand Prix remains in a league of its own.

"A sunny place for shady people," the British writer Somerset Maugham famously dubbed the place, and nearly a century on the description still fits. The critic AA Gill was even ruder than that.

It's not hard to see where both were coming from. But while the ostentatious wealth, and where some of it came from, might make some queasy, Monaco is also compelling. And, in truth, it is easy to be seduced by the place.

Yes, it's expensive and precious. Yes, the ever-increasing number of skyscrapers has dulled the Beaux Arts charm that seduced in the Roaring Twenties.

But the setting remains unsurpassed - a drive along the Corniche to a glittering harbour surrounded by high cliffs, a castle on the hill and, when the sun shines, big, beautiful Mediterranean skies.

Pirelli's high-degradation tyres have rendered the race a bit of a joke these last few years. By and large, the leading drivers toddle around seconds off the pace trying to make the softer tyre get to the optimum time to do their one stop.

But with barriers waiting to punish even the smallest mistake, no race around Monaco can be taken lightly - as Max Verstappen's high-speed crash last year demonstrated.

And as a place to get a sense of the incredible capabilities of grand prix cars and their drivers, there is nothing like it.

Every corner name resonates down the ages, and the challenge of a flying lap remains as intense and extreme as ever.

Sainte Devote, Massenet, Casino Square, Mirabeau, the Tunnel, Tabac, Swimming Pool. To stand trackside and watch a grand prix driver do his work, thread the needle, tame 900bhp+ on streets you can walk down later that day, is to witness one of the most truly thrilling and awe-inspiring sights on earth.

Turning back the clock