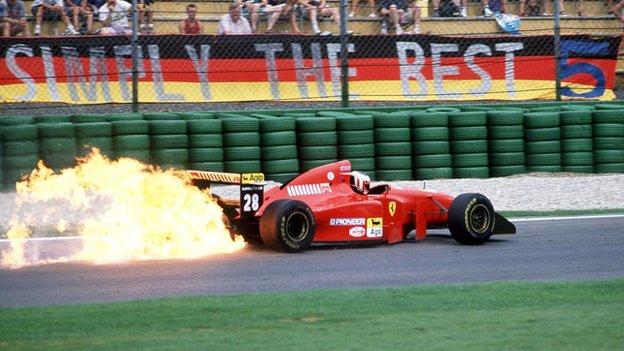 Something strange has happened to Formula 1 in Germany.

The German Grand Prix was once a cornerstone of the calendar, a historic race on a unique and special circuit, packed out with enthusiastic spectators. But that status is under serious threat.

For one thing, the demise of the Nurburgring - which shared the hosting duties - means the event is held only once every two seasons. And its future beyond the end of Hockenheim's current contract in 2018 is uncertain to say the least.

The German GP used to be overrun with fans - and not just in the Michael Schumacher era; way before then, too, going back decades, from the golden days of the old Nurburgring and its 14 unbelievable miles and 180-odd corners through the Eiffel forests, and into the Hockenheim era.

Now, though, the race seems to have lost its appeal.

The last time it was held, in 2014, only 50,000 or so fans turned up - and Hockenheim's atmospheric concrete 'stadium' section, which used to be packed, was dotted with gaps.

This year, organisers are hopeful of reaching the 60,000 they need to break even. But that's still less than half the numbers who thronged Silverstone for the British Grand Prix earlier this month.

Is it down to seven-time champion Schumacher's absence? If so, what did the German fans find so alluring about him that they do not now about four-time champion Sebastian Vettel, title challenger Nico Rosberg and a dominant home Mercedes team?

Is it part of the perceived general decline of F1's appeal to younger audiences? If so, why are crowds going up at Silverstone, and staying strong at other historic venues, such as Italy, Canada and Brazil? And why are German TV figures rising, not declining?

Or is it that Hockenheim has had it character largely removed, with its long, flat-out blasts out into spooky pine forest replaced by yet another characterless 'Tilke-drome' from Bernie Ecclestone's favoured track architect?

It's not a completely terrible race track. The long, curving straight between Turns Two and Six provides for decent overtaking opportunities, there are a couple of demanding fast corners and the racing is usually OK, sometimes very good.

But it lacks spirit, challenge, jeopardy and, most of all, a sense of specialness - a reason to be excited. Just as, to a lesser extent, did Magny-Cours before the French Grand Prix - the oldest race of all - dropped off the calendar after 2008.

Is Germany going the same way? One has to hope not. But keeping it on the calendar will not be easy. 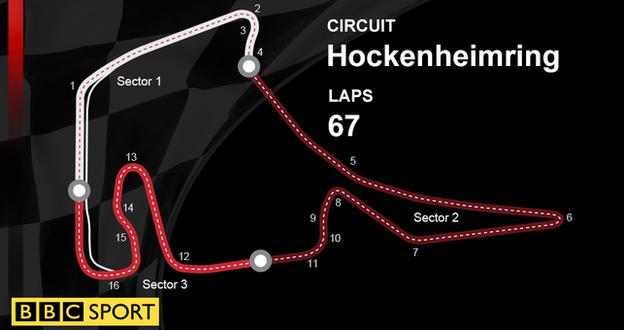 The old flat-out blast through the forest

Massa hoping for an upturn in fortunes

'Fernando is faster than you'

Lighting up part one

'Right, we want you to get us some close-ups'

'Shall we just send it to the scrapheap?'