The FIA is investigating Renault driver Kevin Magnussen's crash in Spa by analysing his helmet and cockpit headrest, which came into debate after it failed to stay in place during impact. (Motorsport.com)

Red Bull's Max Verstappen believes he was the "victim" in Belgium after criticism over his "dangerous" driving. (Autosport)

Carlos Sainz bemoans Toro Rosso's struggles and believes it goes beyond a lack of raw pace compared to other teams. (Motorsport.com)

Briton Lewis Hamilton says it's a "real possibility" for Fernando Alonso to retire but hopes the Spaniard carries on racing beyond the end of his McLaren contract next year. (Times of India)

However, Mercedes motorsport boss Toto Wolff is calling for the "ridiculous" engine loophole utilised by Hamilton to now be closed. (Planet F1)

After an eighth-placed finish in Belgium, Williams driver Valtteri Bottas took advantage of some time off before this weekend's Italian Grand Prix... 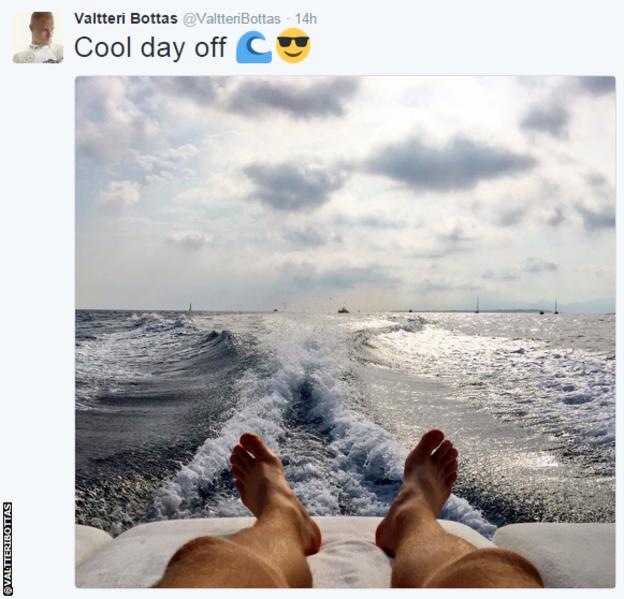 Meanwhile, Red Bull's Verstappen has dismissed Kimi Raikkonen's complaints about him turning in or trying to push him off the circuit at the Belgian Grand Prix, saying it is "a big lie". (Planet F1)

Fernando Alonso says finishing seventh in the Belgian Grand Prix is a result that would have been "unthinkable" for his McLaren team a few races ago. (Motorsport.com)

Meanwhile, McLaren chief executive Ron Dennis has reiterated that a decision on McLaren's 2017 driver line-up has yet to be taken. (Sky Sports)

Force India's Nico Hulkenberg says the red flag at the Belgian Grand Prix cost him a chance of finishing on the podium at Spa. (Motorsport.com)

Mercedes' Nico Rosberg conceded that his selfie-taking skills might need some work after this picture with fellow podium finishers Daniel Ricciardo and Lewis Hamilton... 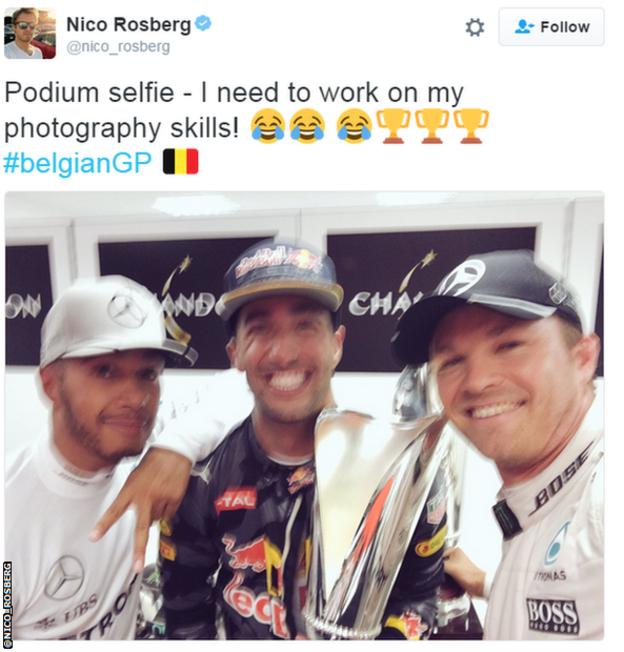 And Rosberg wasn't the only person at Spa-Francorchamps to have their camera operating skills called into question...