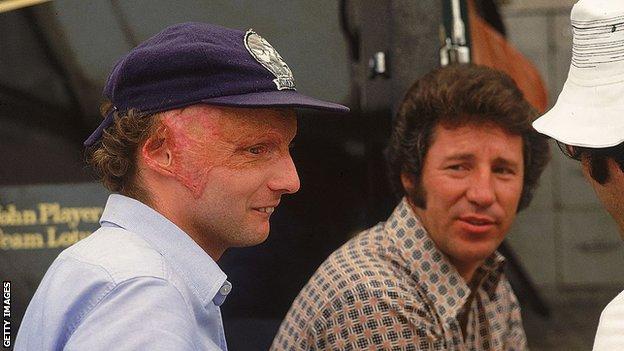 It is hard to imagine the level of fear that Niki Lauda experienced when he first climbed back into the cockpit of the car that nearly killed him.

The Austrian had been given the last rites as he lay in a hospital bed, bandages covering the horrific burns on his face following a fiery crash at the 1976 German Grand Prix.

However, just six weeks later he was behind the wheel of his Ferrari for the Italian Grand Prix to resume his now legendary title battle with James Hunt.

"I nearly, I don't think I can say, but, you know... in my pants because I had such a panic," said Lauda, speaking to BBC Radio 5 live as part of its Italian Grand Prix preview show.

"I could not get it out of my head. I said what is wrong with you? It was the pressure I put myself under and when I changed it, it worked out."

Lauda, who is now non-executive chairman at the all conquering Mercedes Formula 1 team, had won his first world title in 1975 and was leading the championship when he crashed at the Nurburgring.

During his 42-day absence from the track, Hunt had whittled down Lauda's advantage to just two points.

For Lauda's friends and colleagues a return at Monza was far too soon. For Lauda it was not soon enough.

"The longer you wait, the more problems come," he added.

"Yes, I had pain, logically because of all the burns on my head, but nevertheless the most important thing was to get back into the car as quickly as possible."

Lauda played down his condition to get the all clear from doctors, but while he was confident he could cope physically, it was a different matter mentally.

"I tried out the Ferrari car and everything was OK, but I came to Monza on Friday and suddenly the whole crash overtook me," he said. "I panicked, I was afraid and couldn't make it.

"I went back to the hotel, thought about what happened and then said to myself: 'Come back on Saturday, take the pressure off, drive for yourself and don't look at timing sheets and the other people.' That is what I did."

Lauda went on to qualify fifth, but the best was yet to come as he finished fourth in the race itself, while Hunt retired, allowing Lauda to extend his advantage in the championship once again.

But the gruelling demands of an hour and a half's racing were laid bare when Lauda climbed out of his Ferrari and removed his helmet.

His white balaclava was stained red with blood, and as he attempted to peel it off he discovered it was stuck to the bandages covering his face. In the end, he resorted to ripping it off in one go.

Hunt would go on to pip Lauda in the title race by finishing third in the season-ending Japanese Grand Prix, with Lauda having retired after just two laps because of appalling conditions caused by torrential rain. Lauda would later admit it had left him "panic-stricken".

However, no-one can deny that he had already produced one of the bravest acts in the history of F1 earlier that season simply by getting back in the car. 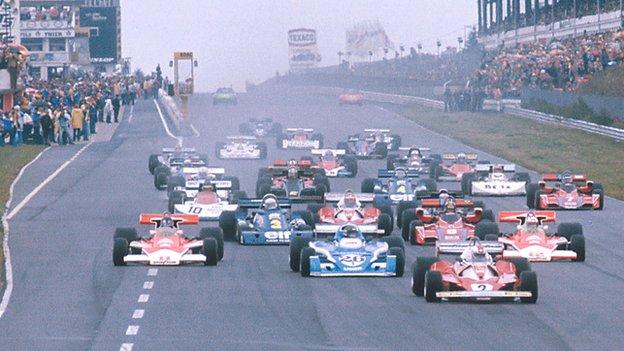 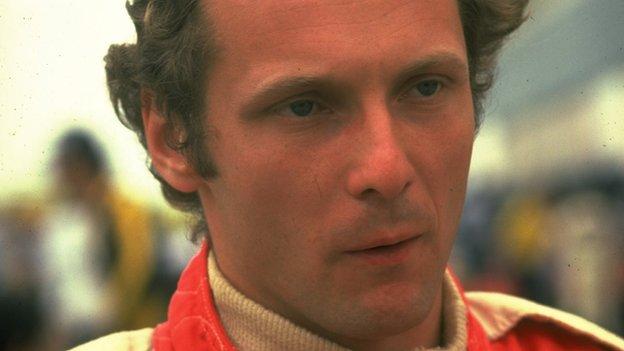