Mercedes non-executive chairman Niki Lauda and team boss Toto Wolff are in talks to extend their contracts beyond 2017. (GrandPrix.com)

Wolff believes testing of Pirelli's new wider tyres should take place in Bahrain rather than in cooler Barcelona. (Crash.net)

Marcus Ericsson wants his future in F1 resolved "sooner rather than later". The 26-year-old Swede says he has been in talks with other teams, but is most likely to stay with Sauber. (F1i.com)

Former F1 driver Mark Webber will retire from professional racing at the end of the year. The 40-year-old Australian has been competing for Porsche in the World Endurance Championship. (ESPN)

Mercedes' team chairman Niki Lauda says he will speak to Lewis Hamilton to help him "politely proceed with the media" following the British driver's controversial behaviour in Japan.(Grandprix.com)

Former Ferrari chief engineer Luca Baldisserri says the current team is a "group of scared people" afraid of being "fired in disgrace". (ESPN)

Mercedes driver Nico Rosberg's first test of the new Pirelli wider tyres that will be introduced next season was hampered by rain at Barcelona's Circuit de Catalunya on Wednesday.(Autosport)

Opposition politicians in the Australian state of Victoria have called for the Melbourne Grand Prix to be moved to New South Wales. The head of local government there has previously suggested that, if the race were to move, the course could include the iconic Sydney Harbour Bridge. (Guardian)

Nico Rosberg says suggestions that Lewis Hamilton is in "meltdown" are "complete rubbish" and insists his Mercedes team-mate is putting in long hours in a bid to salvage his title challenge. (Sky Sports)

Red Bull team boss Christian Horner also thinks it would be "foolish" to write off Hamilton's championship chances this despite the 33-point deficit he faces to Rosberg with four races remaining. (ESPN)

Robert Kubica, whose F1 career was halted by a serious arm injury suffered in 2011, says he is "90% certain" he will make a return to track racing in 2017, having spent three years in rallying. (Autosport)

Organisers of this month's Mexican Grand Prix say they are on target to sell all of their 120,000 race-day tickets. (Motorsport)

Red Bull advisor Helmut Marko says rumours former Ferrari technical boss James Allison is on his way to the team are "total nonsense" - but there is a chance that he will join Renault. (Planet F1) 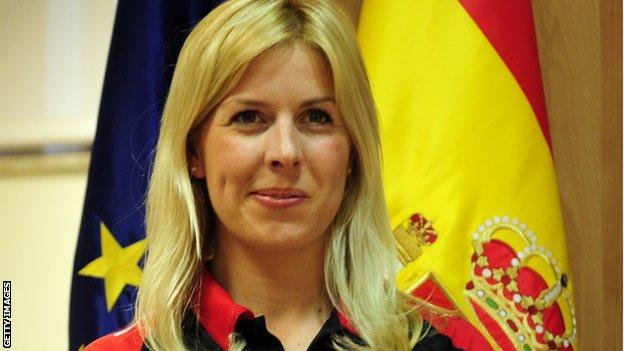 Renault are poised to sign Force India's Nico Hulkenberg for the 2017 season on a two-year deal. (Autosport)

Mercedes has tried altering its drivers' gloves as part of efforts to help Lewis Hamilton and Nico Rosberg avoid problems with its "difficult to handle" clutch. (Autosport)

Mercedes boss Toto Wolff says the title battle between his drivers is "far from over" despite Rosberg taking a 33-point lead over Hamilton with victory at the Japanese Grand Prix. (ESPN)

And Rosberg says he is not underestimating Hamilton's ability to fight back in the world championship after revealing the Briton was more focused in Japan than he has been for a while. (Motorsport.com)

Fernando Alonso claims Japan was a 'nasty surprise' for McLaren-Honda, with the Spaniard and his team-mate Jenson Button finishing the race in Suzuka 16th and 18th respectively. (PlanetF1)

Red Bull racing boss Christian Horner says he will only be prepared to agree to conducting pre-season testing in Bahrain if Pirelli is prepared to contribute to the cost. (Crash.net)

Lewis Hamilton was delighted to see his Mercedes team win the constructors' title for a third successive year: