Red Bull's Max Verstappen says it is funny to hear his rivals complain about his driving. (Eurosport)

Ex-Mercedes team principal Ross Brawn has claimed that boss Toto Wolff and chairman Niki Lauda were behind his departure in 2013. (Mail on Sunday)

Nico Rosberg says he will put his championship lead to the back of his mind for the American Grand Prix. (ESPN)

Jenson Button blamed his elimination in the first session in Austin on McLaren's mistiming. (Planet F1)

Ferrari's Sebastian Vettel has received a reprimand for a driving infringement in the second practice session. (F1 Technical)

Valtteri Bottas will remain with Williams for the 2017 Formula 1 despite him holding talks with Renault. (Autosport)

Formula One chief Bernie Ecclestone says it would be better for the sport if Lewis Hamilton pipped Nico Rosberg to the championship title. (Daily Mail)

However Mercedes team boss Toto Wolff thinks both Hamilton and Rosberg are feeling the pressure ahead of the United States Grand Prix. (Reuters)

Williams have a "big challenge" to beat Force India in Austin, according to Finnish driver Valtteri Bottas. (ESPN)

Ferrari driver Sebastian Vettel thinks the team are on the back foot in Austin. Vettel finished fourth in the second practice. (Eurosport)

Barcelona will host two of the 2017 pre-season tests, despite a number of bosses wanting to hold the tests in Bahrain. (NBC Sports)

Mercedes driver Nico Rosberg says he is avoiding "negative thoughts" ahead of this weekend's US Grand Prix. (Reuters)

Red Bull's Daniel Ricciardo swapped his race helmet for a cowboy hat this week, spending a day as a ranch hand in Texas. (The West Australia)

Manor Racing's Pascal Wehrlein and Esteban Ocon have been getting into the Austin spirit... 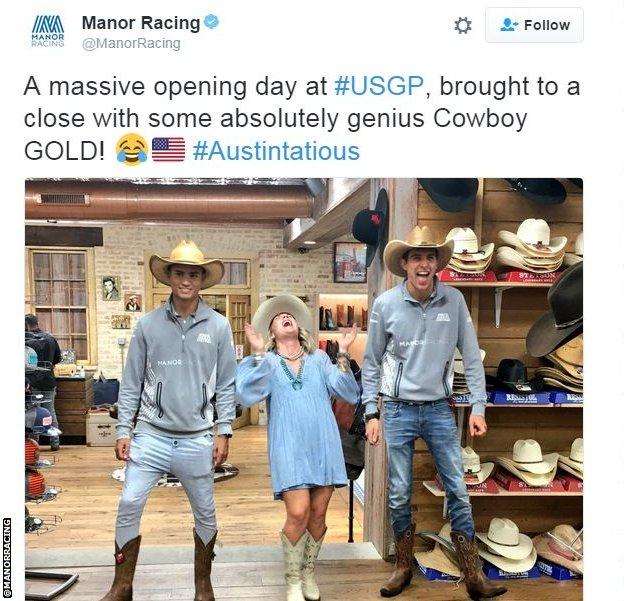 Haas could delay a final decision on its 2017 driver line-up until the end of the current season, according to team owner Gene Haas. (ESPN)

Carlos Sainz Jr, who will stay with Toro Rosso in 2017, says he cannot spend his life being Red Bull's "just in case" option as he waits to be promoted to the senior team. (Autosport)

McLaren's Fernando Alonso, 35, is hopeful of adding to his two world titles next season, but is yet to decide whether to extend his contract beyond 2017. (Sky Sports via Cadena Ser)

Ferrari's four-time world champion Sebastian Vettel says criticism of the Italian team this year is "not that fair".(Autosport)

Haas team principal Guenther Steiner says it is "feasible" that the rookie American team will be self-reliant in the future. They currently source parts, including their engine, from Ferrari. (ESPN)

Nico Hulkenberg may have caused some surprise by announcing a summer switch from Force India - currently fourth in the constructors' championship - to Renault, who are ninth, but the move has been described as a "sensible long-term move" by journalist Maurice Hamilton. (Sky Sports)

Toro Rosso will stick with their current aerodynamic package until the end of the season, despite "not having the power to exploit it", according to 22-year-old Carlos Sainz Jr. (Autosport)

Spaniard Sainz Jr is confident he has what it takes to impress Red Bull boss Helmut Marko and make the step up to the senior team. (Motorsport)

Alonso may have decisions to make on his future, but for now he is just enjoying his time in America. (Twitter) 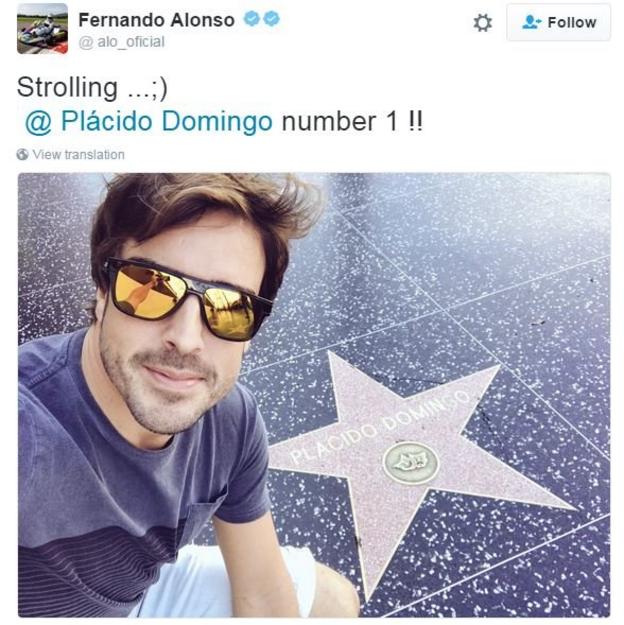 Renault's Jolyon Palmer feels like his F1 career is on the line after the signing of Nico Hulkenberg from Force India last week for the 2017 F1 season. There is just one Renault seat left, with Palmer vying with team-mate Kevin Magnussen and former reserve and current Manor driver Esteban Ocon. (Autosport)

McLaren chief Ron Dennis is set to leave his role as chairman and CEO of McLaren Group. The 69-year-old will not have his current contract renewed when it expires at the end of this year. (Autosport)

Ross Brawn has revealed that a lack of trust led him to walk out on Mercedes in 2013. (Pitpass)

World champion Lewis Hamilton says "there are a lot of pitfalls" when growing up in the public eye. "I've had great people around me who have tried to protect me from falling into them, but even today I still fall in them - it's just that I care less," he says. (ESPN)

Honda's upgraded engine will provide an improvement in performance in race conditions even though it was primarily introduced for reliability, according to McLaren's Jenson Button. (Autosport)

McLaren's Fernando Alonso looks at some wheels of a different kind at a Los Angeles skate park.

Championship leader Nico Rosberg travels to this weekend's United States Grand Prix with the intention of "getting it right this time" as he looks to erase the memory of his 2015 title defeat. (f1i.com)

Kevin Magnussen has dismissed suggestions that he is in line for an IndyCar deal with Andretti Autosport, insisting he is focused on retaining his Renault seat in F1. (Motorsport)

Formula 1 is set to enjoy a weekend of dry running at the Circuit of The Americas for the United States GP.(Grand Prix Times)

Mercedes' Formula 1 rivals have opted for more aggressive tyre selections for the Mexican GP this month by favouring the softer compounds. (Autosport)

Marcus Ericsson initially questioned Sauber's decision to run an old-spec Ferrari Formula 1 engine next year before being convinced by the team it was the best way forward. (Autosport)

Mercedes team chairman Niki Lauda has said Mercedes' protest against Max Verstappen during the Japanese Grand Prix would have "been lost before it even began". (GrandPrix.com)

Nico Rosberg's racecraft has been key to his improvement this season, according to Mercedes technical boss Paddy Lowe. (ESPN)

Williams technical chief Pat Symonds has criticised the team's lack of development in 2016. Williams are currently fifth in the constructor standings. (Read Motorsport)

Manor driver Pascal Wehrlein says he is in talks with Force India over its vacant seat for the 2017 season. (F1i.com)

Renault team principal Fred Vasseur has defended the structure of the team after criticism that they leadership. (Autosport)