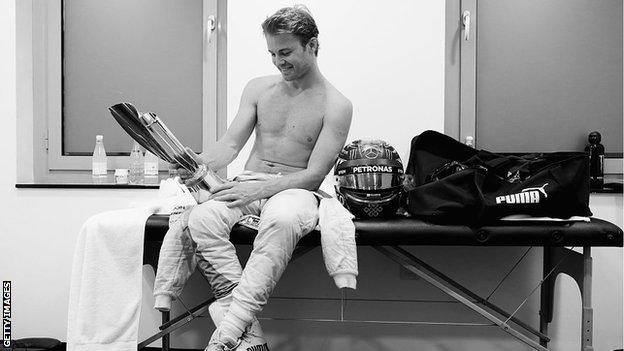 Nico Rosberg is the new world champion, so what's the first thing he will want to do? Dive into his goodie bag of course.

Lewis Hamilton has seen its contents a few times before, but this is all new for his Mercedes team-mate.

But what will any newly-crowned F1 world champion find? 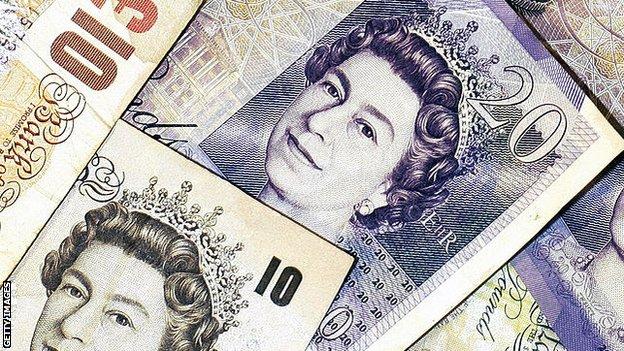 Drivers are paid bonuses by their teams for claiming the sport's ultimate crown.

Exactly what will be in Rosberg's pay packet this month will be written in his contract, but when his team-mate Lewis Hamilton won his second world title in 2014, he is believed to have been paid a bonus of about £5m.

Sebastian Vettel is understood to have got a similar figure for winning his first title back in 2010.

Any world title win makes for a decent pay day for his Mercedes colleagues as well. Recent success has seen each and every one of their 700 staff members receive a £10,000 bonus, right down to the people who sweep the floor at their factory in Brackley.

The coveted number one

For decades in Formula 1, getting to have number one on the car was a privilege reserved for the reigning world champion. Had Rosberg not gone and retired, he could have shown off his status as the number one driver on the grid in 2017.

It was a tradition that started in 1975 with Emerson Fittipaldi and, bar a handful of seasons, continued until 2015 when Hamilton decided to stick with #44.

After the FIA had given drivers the option to choose their own racing number, Hamilton plumped for the digits he raced karts with as a boy, and felt so attached he shunned the number one he would have adorned on his car.

So enamoured was he, he even had '44' tattooed behind his ear.

So it looks as if we won't see the number one on any car for the third year in row - since Vettel had it on his Red Bull in 2014.

Drivers' championship trophy and a black tie 'do'

Here it is - the physical representation of what you have been fighting for all your life. Do you like it? Did you even know that's what you got?

It's not the most iconic trophy in sport, given that it is, bizarrely, not handed to the champ until some months later at a ceremony, instead of on the podium when the title is sealed.

For the last couple of years, Rosberg has had to attend the FIA's annual Prize-Giving Gala and applaud as Hamilton walked on stage to collect the drivers' championship trophy.

This year, he'll get to revel in the fact Hamilton will have to leave the ripped jeans and designer T-shirts at home, stick on a suit and smile as Rosberg gets that honour.

After nine months of hard work on the track, plus many more of keeping the body in peak physical condition, a champ can be forgiven for enjoying a couple of months of downtime, as well as letting their hair down on the night of their greatest success in the sport.

Some do indeed indulge in one of the biggest parties of their lives. After winning the 1976 world championship, James Hunt was asked in an interview what his immediate plans were, to which he responded: "I shall be getting drunk."

He did just that, the flight back to Britain turning into a 12-hour affair.

Plus, he was almost refused entry to a British Embassy reception in his honour for being too drunk.

After winning his first world title in 1994, German F1 legend Michael Schumacher did what any self-respecting champ would do... threw a jumper over his shoulders, stuck on a cowboy hat and went for a boogie at an Adelaide bar.

Having a big party is not for everyone, however. When Hamilton won his second world title in 2014, he rewarded himself by having an extra poached egg and some baked beans with his breakfast the morning after.

Read more: 48 hours in the life of a world champion

Take the rest of the year off

If partying is not on the agenda for family man Rosberg, then he can at least expect a couple of months off to relax.

"I always remember waking up the next morning thinking I still feel the same," 1979 world champion Jody Scheckter told BBC Sport. "It wasn't like being a child on their birthday; there was no present underneath the bed.

"Ferrari wanted me to race the next weekend and I didn't want to because it took me seven years to achieve what I wanted to. I raced and my team-mate beat me. As a result, I always felt my world championship lasted a week." 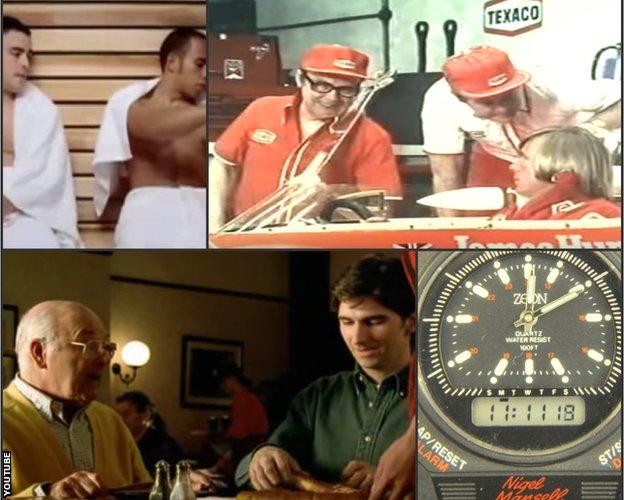 Drivers already have plenty of sponsorship commitments through the teams they represent, but being world champion can take this to a whole new level.

When Damon Hill won the world championship in 1996 he soon found himself starring in a Pizza Hut advert, sitting alongside commentator Murray Walker who enthusiastically described his every bite.

Ayrton Senna's name was put to F1 racing game Super Monaco 2 after he won a third world title in 1991 while Nigel Mansell's 1992 world championship was immortalised in computer game form with 'Nigel Mansell's World Championship' in 1993. Mansell also put his name to a digital watch after his title win.

Appearing in cheesy adverts is not exclusive to a bygone era, however, with many of today's current crop of drivers having also contributed their fair share of cringe on television.

Fernando Alonso, the 2006 world champion, found himself sat in a sauna with his then rookie team-mate Hamilton and Finnish two-time world champion Mika Hakkinen in a 2007 advert, while a couple of years later, Jenson Button showed off his fine head of hair in a shampoo advert.

Rosberg could well end up following in Button's footsteps, given the German's golden locks. 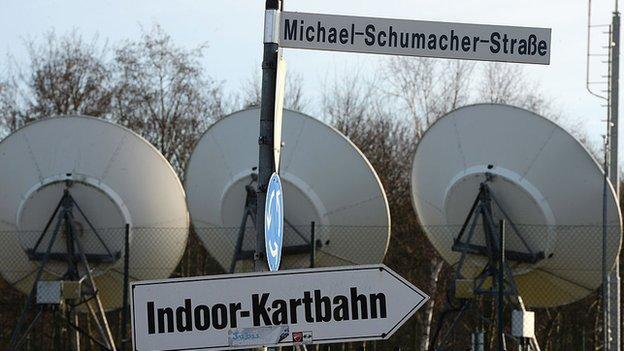 Head to Monaco in the near future and you could find yourself wandering down Rue de Rosberg.

Yep, the honour of having a street named after you is just one of the possible perks of being F1 world champion.

In 2001, a street in Schumacher's home town of Kerpen was renamed 'Schumacher Strasse' to mark his third world title.