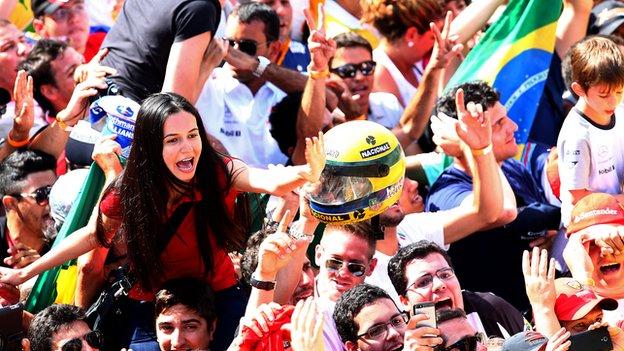 Lewis Hamilton needed outside intervention to stall team-mate Nico Rosberg's cruise to his first world title. He may have it in the form of rain on race day at the Brazilian Grand Prix.

Rosberg, who heads into the race with a 19-point advantage and starts from second on the grid behind Hamilton, will be crowned champion if he wins at Interlagos on Sunday.

But the German has looked uncomfortable in wet conditions on the rare occasions it has rained this year.

In Monaco, Rosberg drove a poor race and finished a lacklustre seventh while Hamilton won. At Silverstone, Hamilton made up three seconds on him in nine corners when the race started. As the Briton then drove away into the distance, Rosberg failed to hold off Red Bull's Max Verstappen, only getting back ahead into second when the weather dried later on.

Rosberg says he does not fear a wet race, but such events are notoriously chaotic at this busy little race track built between two lakes in Sao Paulo.

Hamilton won his first world title here in 2008 by the skin of his teeth - taking the fifth place he needed at the last corner of the last lap after late rain.

And in 2012, Sebastian Vettel collided with another car and spun on the first lap. He was somehow avoided by the rest of the field as he faced the wrong way in the middle of the track before mounting a climb back up through the field.

The Red Bull driver made it back up to sixth place - just enough to prevent rival Fernando Alonso's second place for Ferrari from being enough to snatch the title.

There is every chance of a similar sort of afternoon this year, as wet conditions are likely to bring Red Bull drivers Max Verstappen and Daniel Ricciardo, starting fourth and sixth, into play for the victory. There may be a chance too for the Ferrari drivers Kimi Raikkonen and Vettel - who line up third and fifth.

All this is part of what makes Brazil one of the most intense weekends of the year, and a race at which nothing can be taken for granted. It throbs with a passion and fervour matched by few others.

Interlagos and Sao Paulo are inextricably linked with Formula 1, even if the days of a winning Brazilian driver may be some time in the past.

Brazil's first legendary grand prix driver, Emerson Fittipaldi, was born in the city, and his successes on the world stage laid the path for all others to follow.

Ayrton Senna was, likewise, a Paulista, and is buried in Morumbi cemetery a few miles away. He was a hero to Rubens Barrichello, who grew up metres from the race track and forged his passion watching Senna there, before graduating to F1 a couple of years before his death, befriending him, and then taking up his mantle. Felipe Massa, another local boy, followed suit.

The fans know the glory days have long gone, that a Brazilian victory is as unlikely as a day without a traffic jam in one of the world's most crowded cities.

But still they come, packing the grandstands and singing and chanting from early in the day.

What draws them there? A deep-seated passion for the sport, for one. The near certainty of a great sporting spectacle, for another.

Interlagos has a knack for producing exciting races. Drama is synonymous with the track, not least because of its position at the business end of the season.

It is a claustrophobic place. The circuit winds around a natural amphitheatre, high on a hill, the sprawl of Sao Paulo a backdrop crushing in from all sides. The heavy humidity, and almost permanent threat of rain, add to the atmosphere.

It feels locked in, and not just because of the cramped old paddock, a fraction of the size of anything Bernie Ecclestone finds acceptable these days.

The track is a splash of vibrant green in an ocean of concrete grey and smog brown; the city butting up against the perimeter fence, endless tower blocks filling the skyline.

Twenty years ago, a favela sprawled up the hill all the way to the perimeter wall. There has been an attempt to spruce things up a bit, the old corrugated-roof shacks replaced by flats closest to the circuit, houses of naked breeze blocks a bit further down the road. But down at heel, to say the least, it remains.

There is an unmistakable edge. The road up to Interlagos is not a place for a stranger to linger. 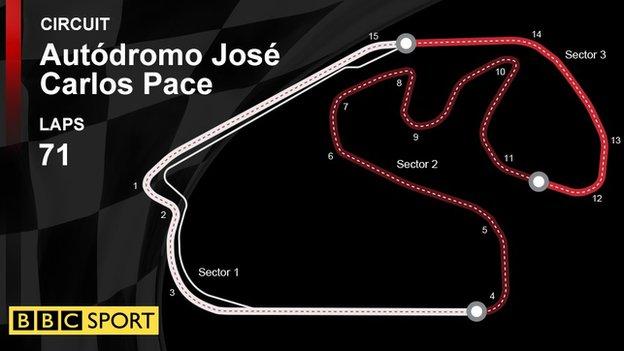 Inside, the track feels like a haven. One of the shortest laps on the calendar somehow packs in a long straight - superb for overtaking - and a challenging sequence of long corners, the best the uphill double right-hander of Ferra Dura/Laranha and the fast downhill left of Mergulho. It's a great race track, with emphasis on the "race".

They are corners with a history - the new track is about half of the old one. Part of a previous era, it was a magnificent five miles of twists and turns, uphill and down, which started with two incredible, banked, high-speed left-handers, taken absolutely flat out by some, still visible outside the modern Turns One, Two and Three.

It all adds to the character of the place. Loud, intimidating, crazy, invigorating, rough-around-the-edges. But, in its own way, brilliant.