Lewis Hamilton and Nico Rosberg will receive no special instructions before the Mercedes drivers go head-to-head for the world title in Abu Dhabi next Sunday. (Mail on Sunday)

Tyre manufacturer Pirelli will be in a position to respond to drivers' criticisms far more quickly from the 2017 F1 season, says motorsport director Paul Hembery. (Autosport)

And perhaps the German is hoping to take his dream car for a spin while soaking up this view: 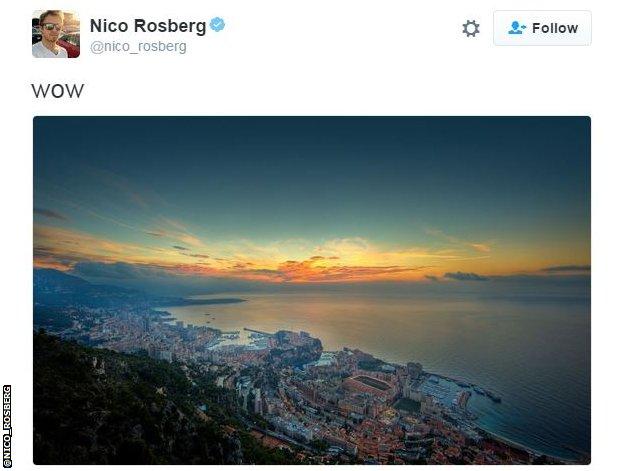 World championship leader Nico Rosberg says he does not yet know what his approach will be for Formula 1's title-deciding Abu Dhabi Grand Prix. He will secure his maiden world title by finishing third, even if reigning world champion and Mercedes team-mate Lewis Hamilton wins. (Autosport)

Max Verstappen has been shortlisted for the FIA's 'Action of the Year' award after his pass on Rosberg in Brazil, when he overtook around the outside at turn three in the early stages of the tricky and rain-hit race at Interlagos. (Grand Prix Times)

The sunglasses company that was dumped by Mexican driver Sergio Perez after making a joke about Donald Trump has created a children's charity to make amends for its error. (Motorsport.com)

Charles Leclerc has decided to withdraw from his final outing with Haas, scheduled for the season-closing Abu Dhabi Grand Prix, to focus on his GP3 Series campaign. (Thecheckeredflag.co.uk)

Ferrari, who have secured third place in the Constructors' championship, continue their preparations for the final race of the season in Abu Dhabi.

New Formula 1 chairman Chase Carey attended the Formula 1 strategy group meeting, for the first time when it convened on Wednesday in Geneva.(Autosport)

Ferrari has decided not to appeal against driver Sebastian Vettel's penalty from the Mexican Grand Prix after the FIA rejected the Italian team's request to review the decision. (Motorsport.com)

The position of McLaren's F1 chief executive Jost Capito could be in danger following the ousting of Ron Dennis as McLaren chairman and chief executive. (Daily Mail)

Force India and Manor have made a request to Formula 1 boss Bernie Ecclestone for an advance on their championship payments for next year. (Autosport)

Zak Brown is expected to replace Ron Dennis as McLaren chief executive despite an offer to become the next boss of Formula 1. (Evening Standard) 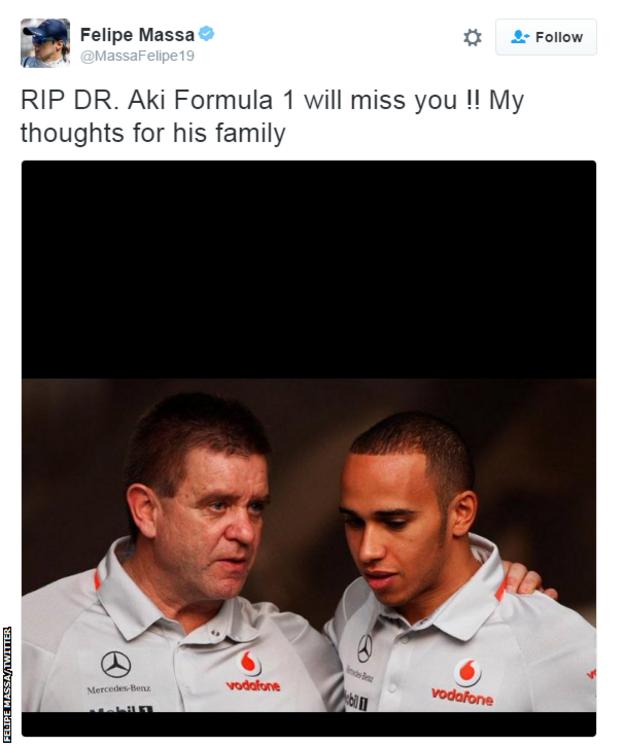 Championship leader Nico Rosberg says he was "happy" when Red Bull decided to pit Max Verstappen for intermediate tyres despite rain concerns. The move meant Rosberg was able to hang on to second, just behind title-rival Lewis Hamilton. (Planet F1)

Red Bull team principal Christian Horner says Max Verstappen is up there with Schumacher and Senna as a wet-weather driver. (Autosport)

Three-time world champion Lewis Hamilton says team-mate and Championship-leader Nico Rosberg "has nothing on him". (Independent)

Max Verstappen's late charge from 16th to third in wet conditions at the Brazilian Grand Prix even surprised his father Jos, who raced in F1 from 1994 to 2003. (Daily Telegraph)

Max Verstappen later tweeted about his joy in working his way through the field to claim a podium finish.

McLaren racer Fernando Alonso was unimpressed with Ferrari rival Sebastian Vettel's antics in passing him during the Brazilian Grand Prix and says that "someone will have to hit him so that he understands the track is for all of us". (Planet F1)

Williams driver Felipe Massa said it was "heartbreaking" to crash out of his final home grand prix in Brazil in his penultimate race before he retires.(Autosport)

Force India's Nico Hulkenberg tweeted he was left with mixed emotions after finishing seventh at the Brazilian Grand Prix.